The Penitent Magdalen, surrounded by Putti holding Emblems of Time, Death and Eternity 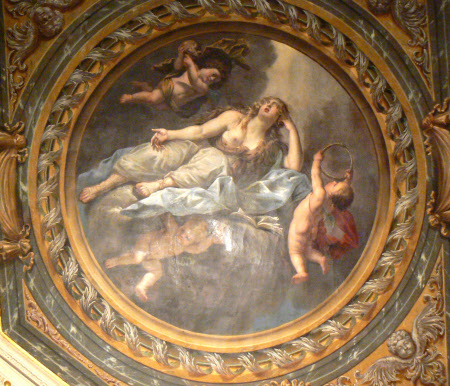 Antonio Verrio was a leading court painter of his time and his work still exists at Hampton Court Palace. This ceiling painting uses unusual imagery which was exceptional in England at this period. Its use in the Duchess of Lauderdale's inner sanctum suggests that she had Catholic leanings.