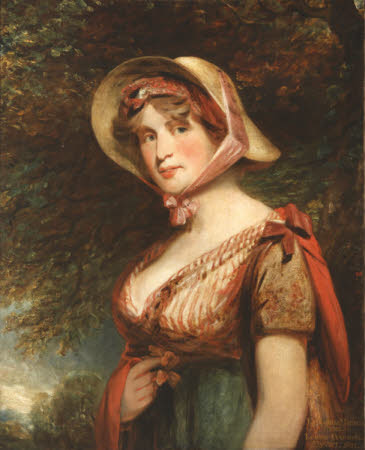 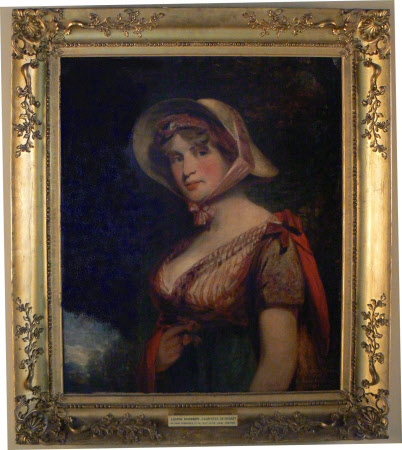 Oil painting on canvas, Lady Louisa Manners, Countess of Dysart (1745-1840) by John Constable, RA (East Bergholt 1776 – London 1837), after John Hoppner (London 1758-1810), 1823-5, inscribed lower right in gold paint: Ly. Louisa Manners / 1805 / Louisa Countess of / Dysart. 1821. A half-length portrait of a young woman, turned to the left, looking at the spectator, dressed in a ‘fancy’ version of peasant costume, with a green skirt, brown bodice, over which is a red shawl, with a red mantle behind; she wears a straw hat tied under her chin with a red and white ribbon over a red cap; against a background of trees. The original portrait was painted by John Hoppner in 1805 and is now in the collection of the Musée d’art et d'histoire, Geneva. Another half-length copy of the Hoppner original was in the collection of the North Carolina Museum of Art, Raleigh, and was sold at auction in 2012.