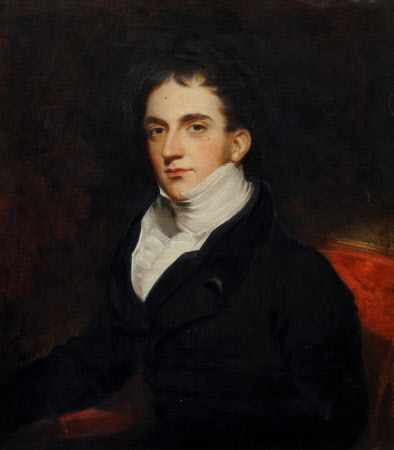 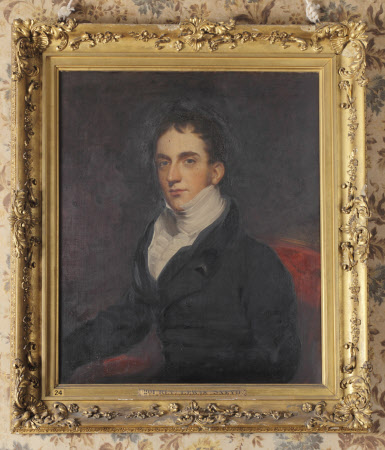 The sitter was the son of the Reverend Ralph Sneyd, himself the 2nd son of Ralph Sneyd of Keele and Willaston. He entered Christ Church in 1805, and became Fellow of All Souls in 1809, Warden of All Souls in 1827, and then rector of East Lockinge. He died unmarried. There is also a portrait of him of 1833 by John Bridges, at All Souls, Oxford, which was painted at the request of the college. Thomas Barber had a wide practice in the Midlands and the North of England, where most of his pictures remain.

Oil painting on canvas, The Reverend Lewis Sneyd (c.1788 – 1858) by Thomas Barber the elder (Nottingham 1771 - Nottingham 1843), circa 1810. A half-length portrait, seated to left in a red-covered chair, head facing, wearing dark coat and white stock. He entered Christ Church, 1805; Fellow of All Souls, 1809; Warden of All Souls, 1827, and rector of East Lockinge. From the family of Keele Hall, son of Reverend Ralph Sneyd, himself the 2nd son of Ralph Sneyd of Keele and Willaston.