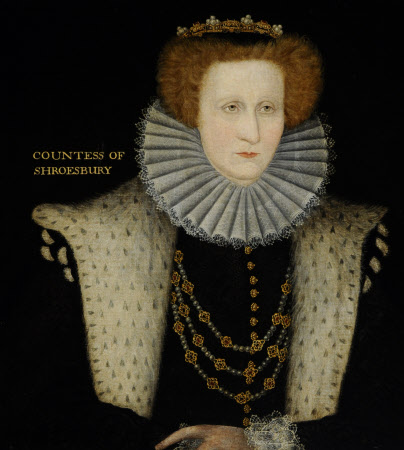 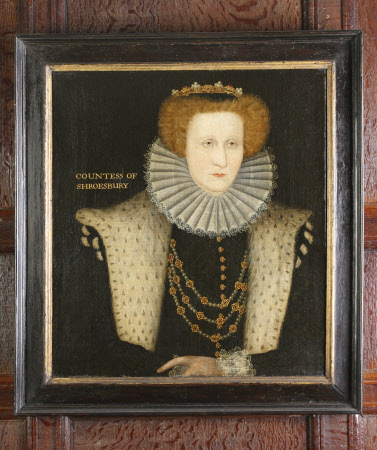 Bess of Hardwick was a resolute and ambitious woman, a collector and a builder on an almost unprecedented scale, and possessed wealth affording her every indulgence. Her supreme monument is the house that she built at Hardwick, perhaps the least altered and most atmospheric of all Elizabethan ‘prodigy houses’.

Oil painting on canvas, Elizabeth Hardwick (‘Bess of Hardwick’), Countess of Shrewsbury (1520-1608), British (English) School, circa 1580. A half-length portrait of a middle aged woman, placed towards the right of the composition, head turned slightly to the right, almost facing, with red hair, wearing a black dress with wide ermine stole, white lace ruff, three row rope of pearl and jewel nacklace, a crown of jewels in her hair, her left hand just visible.

In Inventory of the contents of Hardwick Hall made in 1601 and attached to the will of Elizabeth Hardwick, Countess of Shrewsbury (c.1520-1608); and thence by descent until, following the death of Edward William Spencer Cavendish, 10th Duke of Devonshire (1895 - 1950), Hardwick Hall and its contents were accepted by HM Treasury in part payment of death duties and transferred to the National Trust, in 1959