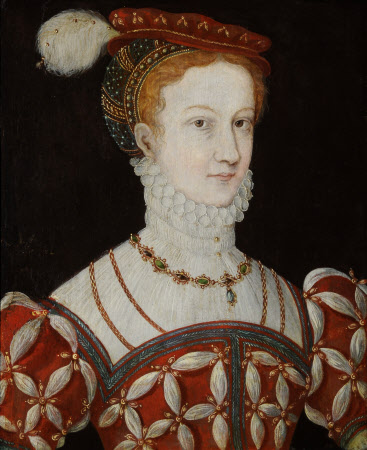 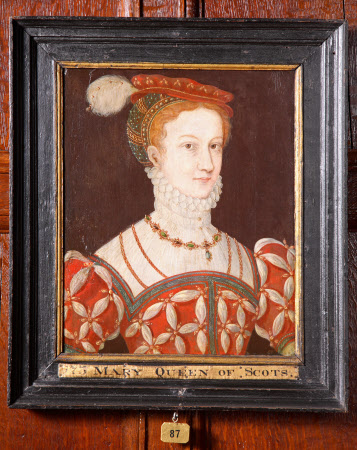 This picture has been extensively repainted, so its original appearance can hardly be detected. Her headdress (but not hat), high collar and panel, and the shape of her dress (but not the exaggerated slashing and puffs) are just as in the profile engraving published by Hieronymus Cock in 1559, just after her accession to the throne of Scotland. The man’s hat symbolises her authority. When she was a prisoner of Queen Elizabeth I, she was placed under the charge of the 6th Earl of Shrewsbury, although she was never held at Hardwick.

In 1786-1792 catalogue of Paintings at Hardwick Hall; thence by descent until, following the death of Edward William Spencer Cavendish, 10th Duke of Devonshire (1895 - 1950), Hardwick Hall and its contents were accepted by HM Treasury in part payment of death duties and transferred to the National Trust, in 1959