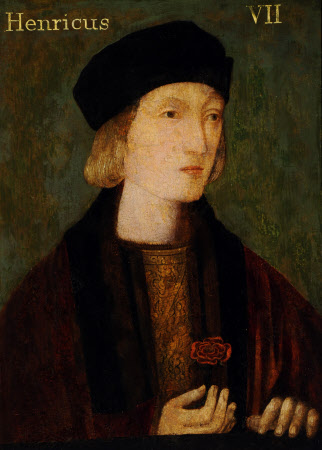 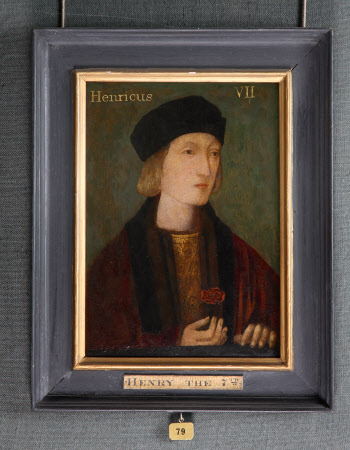 Oil painting on oak panel, King Henry VII (1457–1509), British (English) School, 16th century. A half-length portrait, turned slightly to the right, gazing to the right, wearing a brown cloak with fur collar over cloth of gold and a black cap, holding a Tudor rose in his right hand.

Inventory of the contents of Hardwick Hall made in 1601 and attached to the will of Elizabeth Hardwick,Countess of Shrewsbury (c.1520-1608);