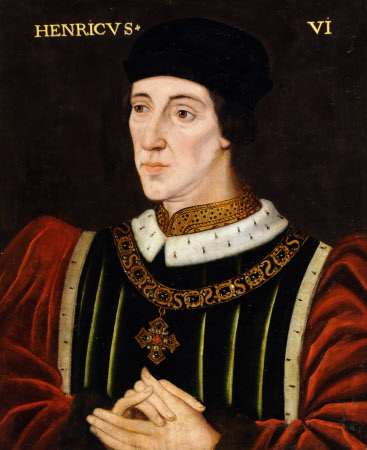 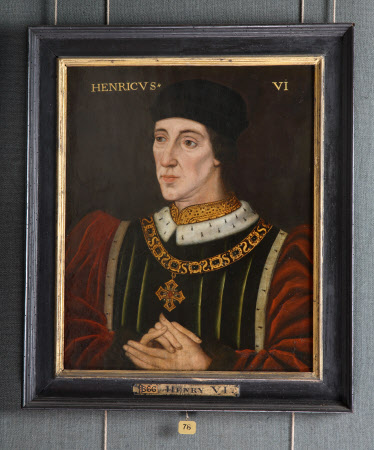 Oil painting on oak panel, King Henry VI (1421–1471), British (English) School, 16th century. A half-length portrait, turned alightly to the left, gazing to the left, wearing green doublet with scarlet sleeves, ermine collar and dark cap, chain and pendant jewel, his hands clasped in front. There is no authentic portrait from life, but the vast numbers of copies of the same portrait type current in the 16th century imply that there was once an original ad vivum likeness. The earliest copies known of the type are in the Royal Collection.