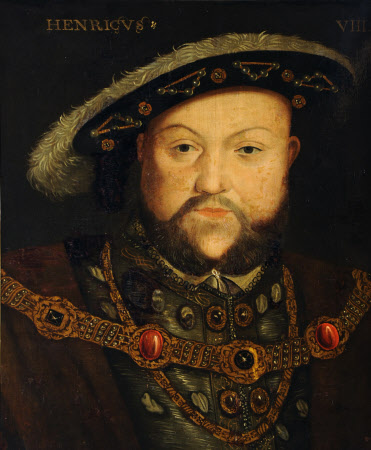 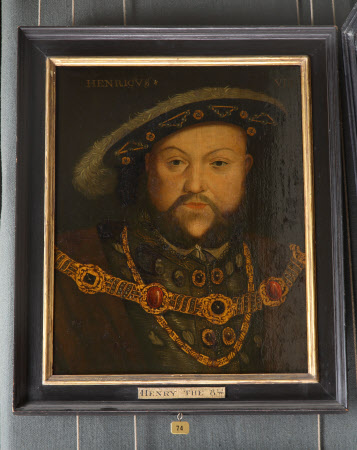 This portrait of the King is large for the panel, and the fact that it is not centrally placed suggests that it may be a fragment of a larger composition. Traditionally it has been described as a portrait after Holbein, taking inspiration from the mural at Whitehall, which was destroyed by fire in 1698. Many such portraits were copied from Holbein’s original, either at the king’s command, or in several cases, on the actions of noblemen attempting to ingratiate themselves with the monarch.

Oil painting on oak panel, King Henry VIII (1491–1547), British (English) School, 16th century. A head-and-shoulders portrait, facing, in grey robe with gold chains and black cap decorated with jewels and ostrich feather. This is derived from Holbein's portrait of the King in the destroyed Whitehall mural.