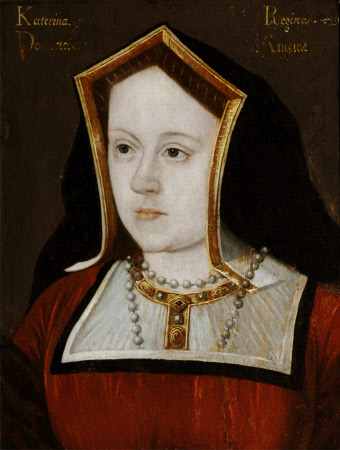 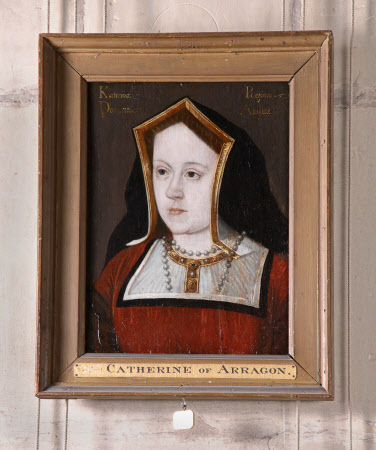 Catherine of Aragon was the daughter of Ferdinand V, King of Aragon and Isabella I, of Spain. She married Arthur, Prince of Wales (1486-1502) in 1501, and remarried his brother, Henry VIII on 11 June 1509 at Greenwich Palace. She was crowned Queen Consort on 24 June 1509 in Westminster Abbey. Of six children, only Mary Tudor (1516-1558) survived beyond infancy. Her marriage to Henry VIII was annulled on 23 May 1533 by Thomas Cranmer, Archbishop of Canterbury on the grounds that she had been the wife of her husband’s brother and therefore her marriage was against religion, allowing Henry to continue his pursuit of a son. She died on 7 January 1536, probably of cancer and was buried in Peterborough Cathedral. Her original tomb was destroyed in 1642 but its site is known and her bones lie beneath the flagstones of the cathedral.