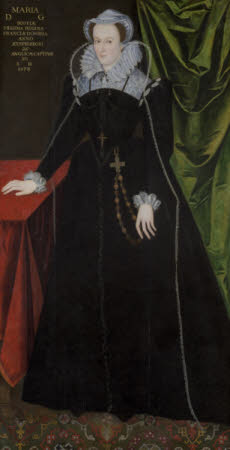 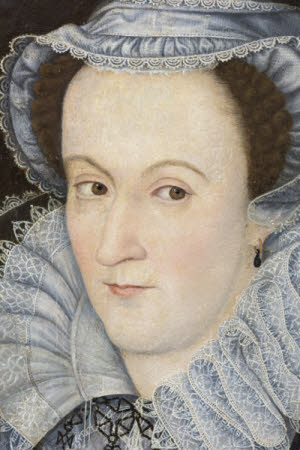 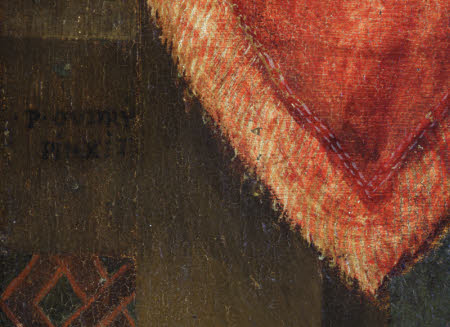 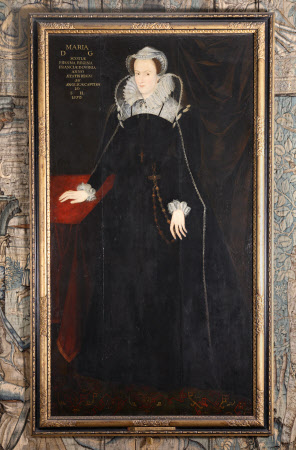 This full-length portrait of Mary, Queen of Scots in a black dress, with a white cap and ruff, has become the iconic image of the queen and visual shorthand for what we imagine she looked like. It is one of a small number of portraits of a particular composition known as the 'Sheffield Portrait' to survive, so named because it was thought in the twentieth century to have come from a portrait painted when she was held by the Earl of Shrewsbury at either Sheffield Castle or Sheffield Manor.

Inventory of the contents of Hardwick Hall made in 1601 and attached to the will of Elizabeth Hardwick, Countess of Shrewsbury (c.1520-1608); by descent until, following the death of the 10th Duke of Devonshire (1895 - 1950), Hardwick Hall and its contents were accepted by HM Treasury in part payment of death duties and transferred to the National Trust, in 1959.