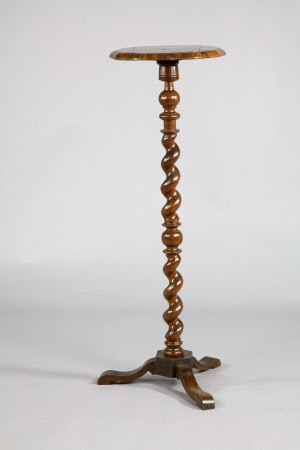 An olivewood, deal, ash and oak candlestand, English, circa 1670 - 1690, the twelve-sided top decorated with oyster veneers and inlaid lines, the stem with an ovoid knop above a reel and two lengths of spiral turning centred by a ball knop, raised on a - possibly later - oak base of three downswept rectangular-section supports terminating in scroll feet.