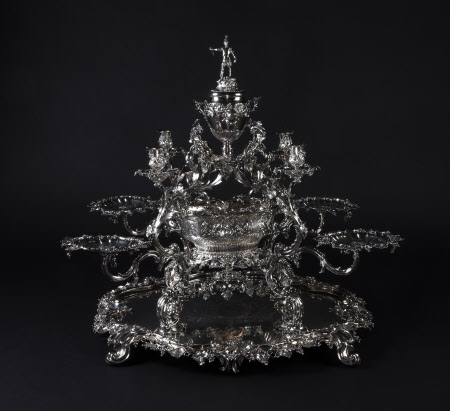 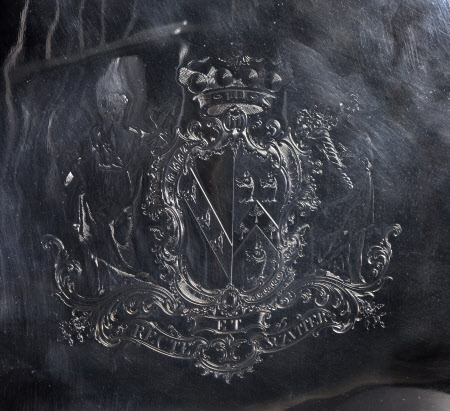 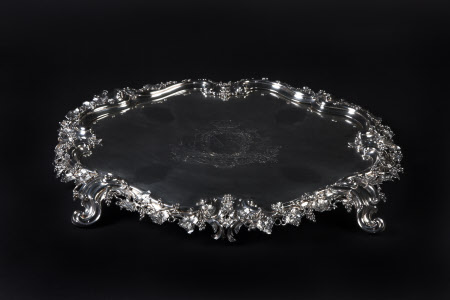 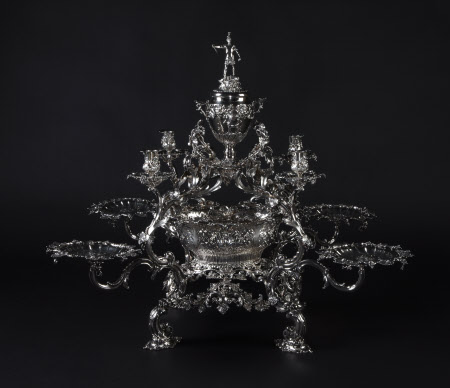 A George the 2nd centrepiece, formed as a composition of open scrollwork chased with branches of fruiting vine and supporting a central oval basket, a vase surmounted by the figure of Jason standing on top of the golden fleece at the top and four spirally fluted dishes or nozzles for candles at each angle, with four branches for smaller dishes below, the whole resting on an oval stand with vine and scroll border. Central basket bears the hallmark for 1755. Made by James Peltro, and purchased by Sir Nathaniel Curzon from the dealer Thomas Harrache in 1755 at a cost of £525 15s using prize money Curzon gained from a race won by his horse Jason. Peltro's epergne was probably modified by Harrache to turn it into the commemorative piece Curzon desired- esp. the miniature race-cup-like vase at the top with an image of a racehorse underneath the mythical figure of Jason.