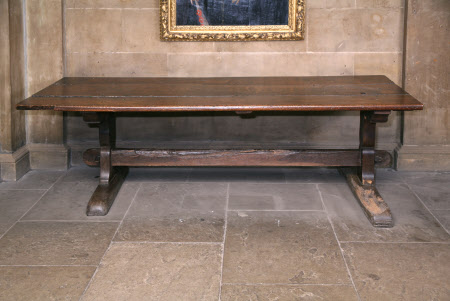 An oak trestle-type table, English, made from some period timbers, probably mostly 18th century. The triple-plank top raised on a pair of shaped trestles, joined by a central stretcher.