A sundial borne by a life-size, kneeling figure of an African man 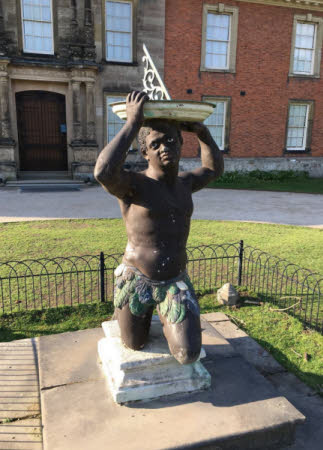 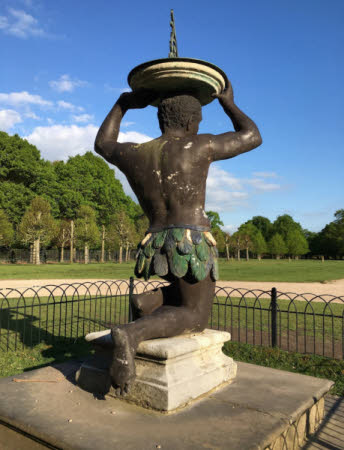 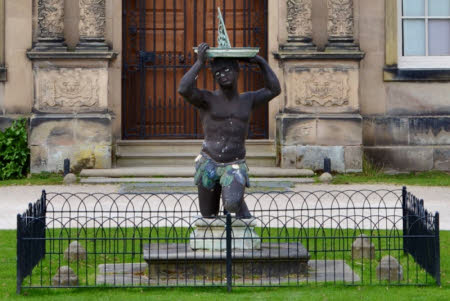 Painted lead, sundial borne by a life-size, kneeling figure of an African man, attributed to Andries Carpentière (Andrew Carpenter; c. 1677 – London 1737) after the model by John Nost I (Mechelen c. 1660 - London 1711-13), c. 1735. A cast lead figure of a young African man in a half-kneeling position, the proper right knee and shin on the plinth, the proper left knee raised, supported by tucked left toes. The hands held aloft to support a stone disc and bronze sundial plate mounted on top of the head. The figure is nude, save for a feathered loin cloth painted blue and green. Polychromed according to the contemporary practice, and with blue eyes. After the so-called ‘blackamoor’ model by John Nost I, installed in 1701 in the Privy Garden of Hampton Court Palace. Mounted on a moulded stone plinth.