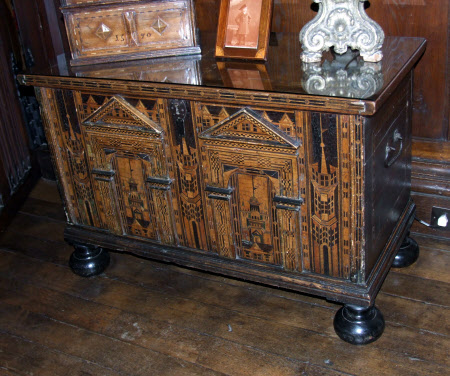 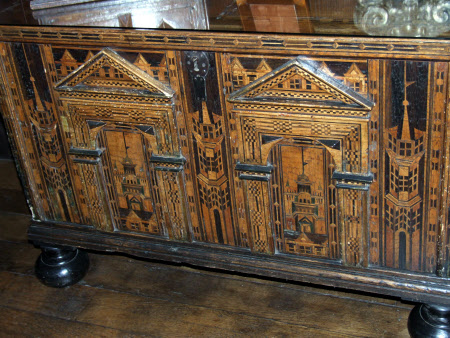 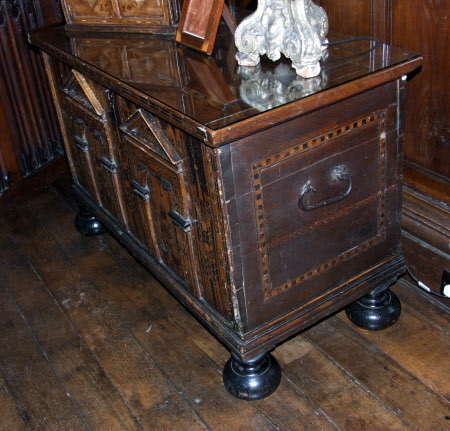 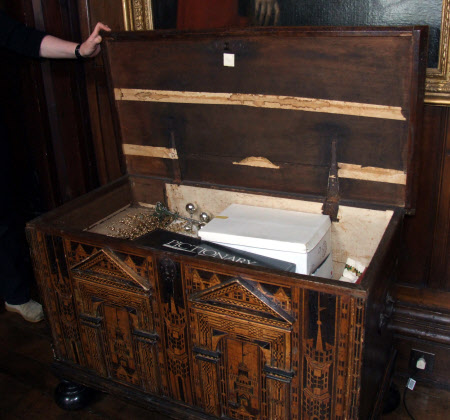 An oak and inlaid chest, a so-called 'Nonsuch' chest, German/Southern English, dated 1562 or 1564. The hinged lid with chequer and line-inlaid edge and carved with the date 1562 or 1564, enclosing a pair of shelves with two later drawers, and lined with later paper. The ends with chequer-banding and iron carry handles. The front with applied pediments and capitals to form a pair of arches, and inlaid with towered buildings and with chequer banding and inlay throughout. And with base moulding and later turned ebonized bun feet. -- Chests of this type became known as 'Nonsuch' chests as it was wrongly believed that the marquetry panels depicting towers were images of Henry VIII's infamous long lost palace of Nonsuch, Surrey. It is probable that this chest was imported from Germany; later on, such chests may have been made by German immigrant craftsmen in Southwark.