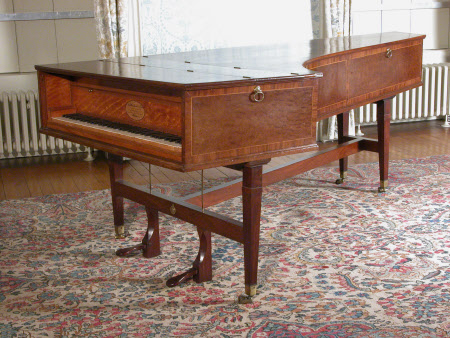 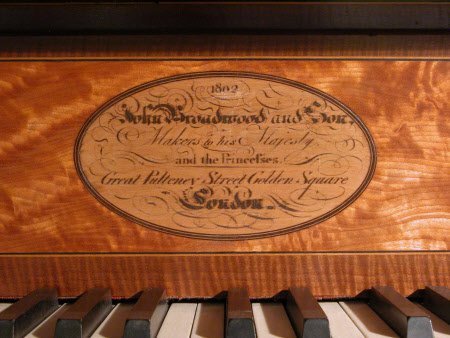 This piano was lost for many years and then found in a hayloft. Visit us and learn more about the history of this marvellous piano.

Purchased from the Acland family from Sprydon on 5 November 2001. Originally purchased for Lydia Hoare, later wife of Thomas Dyke Acland, by her father on 27th March 1802 for £84 plus a leather cover making a total of £86/12/6 (Source; Broadwood archive) The piano was discovered in an upstairs store in the Estate Yard in the 1994 and was returned to the Aclands who had the cabinet restored .