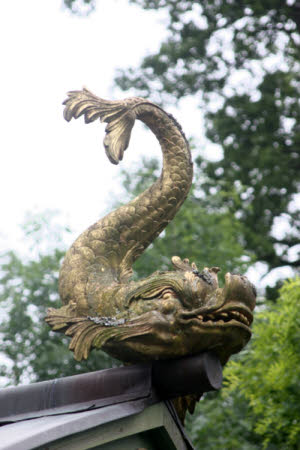 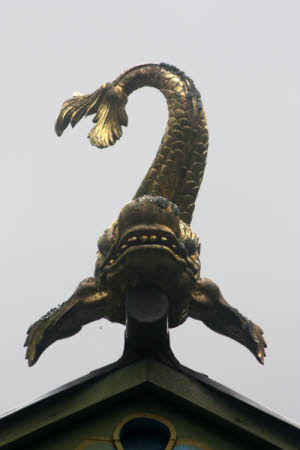 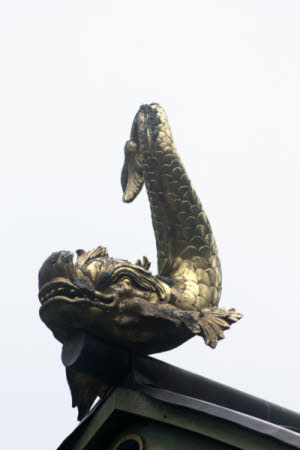 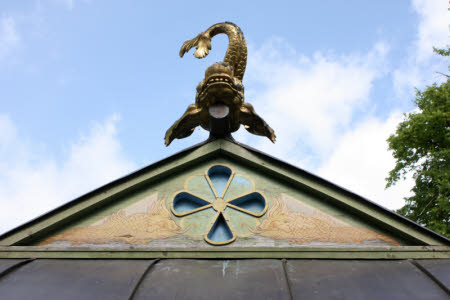 One of two dolphins which are replica parts of the building made in 1997-8 of mahogany, gilded. Sits on the West side of the Chinese House.