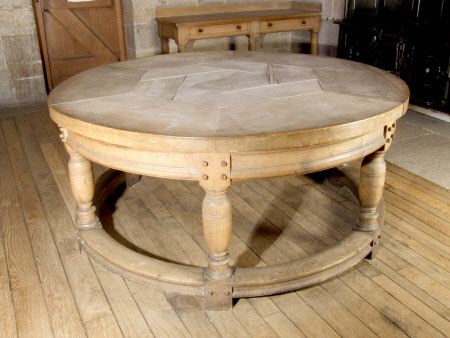 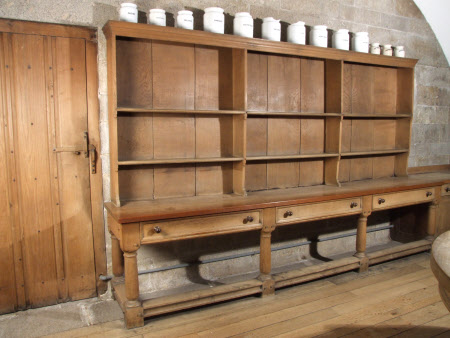 Imagine the feast that could be prepared on a table such as this one! Mrs Rayner presided over the kitchen during the 1930’s and would have certainly used this table and its matching curved chopping and pastry board to produce her very high standard of cuisine. In traditional Edwardian households, because food quality was an important method for impressing guests, chefs often earned more than butlers even though they ranked below them. Interestingly, Mrs Rayner was married to Castle Drogo’s butler and whilst their bedroom was situated in the North Tower, they created a cosy sitting room out of a store on the Service Corridor which is open for you to explore. The table was designed by Edwin Lutyens and produced in 1927 by Dart and Francis of Crediton for the sum of £48, and its shape echoes the circular lantern above.

This item forms part of the original Drewe family collection at Castle Drogo. It was transferred to the National Trust in 1985.