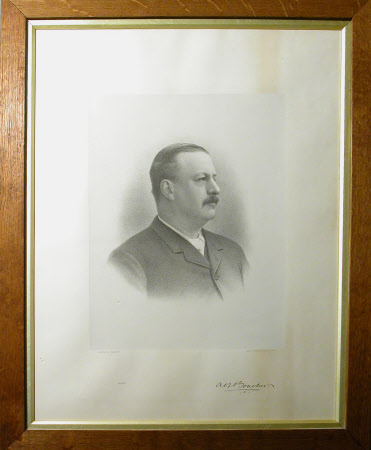 Print; Engraving - Framed male portrait engraving of the head and shoulders of a man with moustache, wearing a white shirt and buttoned up jacket; A. Bouchin (?)