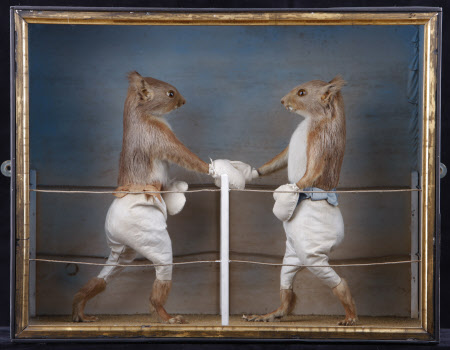 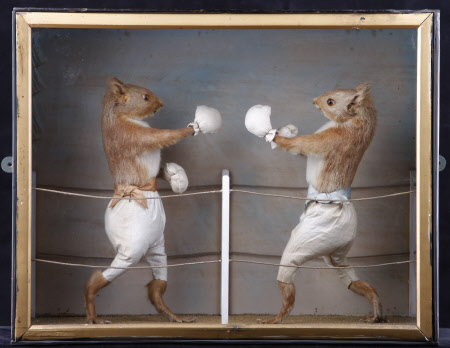 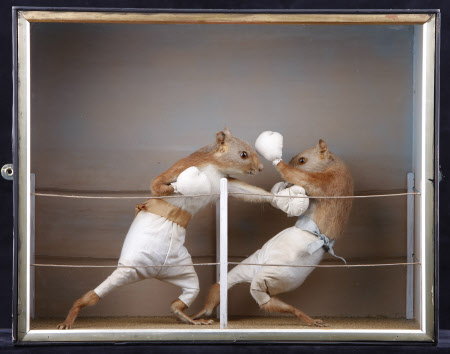 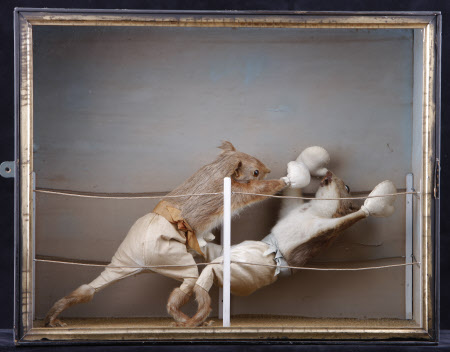 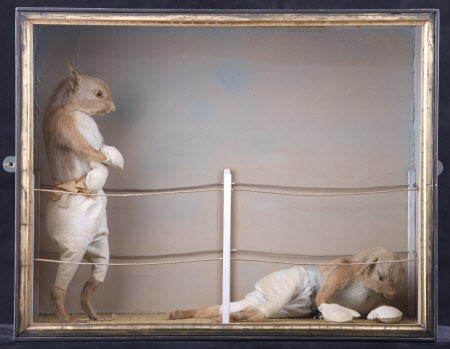 A similar set was displayed at the Great Exhibition 1851 but the CW collection is thought to have been bought later in the century. Interestingly, the Castle Ward squirrels wear boxing gloves! Gloves became mandatory after 1867 when the Queensbury rules came into force. Pictured here is the first of a set of five boxing squirrels. 1. Squirrel opponents shaking hands. 2. Squirrel opponents preparing to fight. 3. Red squirrel punching blue squirrel. 4. Blue squirrel falling to the ground. 5. Victorious red squirrel stands over blue squirrel. Anthropomorphic taxidermy amused the Victorians and the Edwardians. Kittens and rabbits were used in scenes by Walter Potter ( 1835-1918) and were housed in the Walter Potter Museum in Bramber, West Sussex until the 70’s.