Model of the Revenge 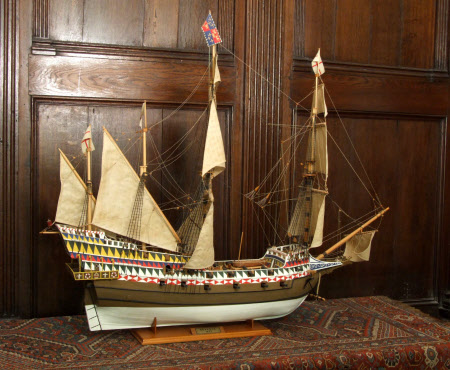 Purchased by the National Trust in 1993.

Revenge 1985 on small plaque on stand.