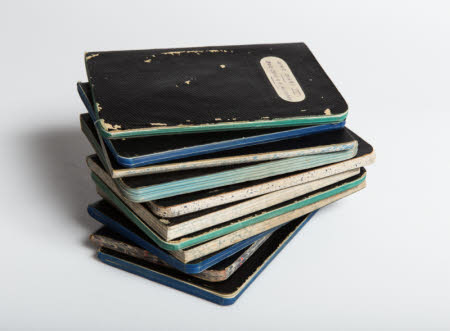 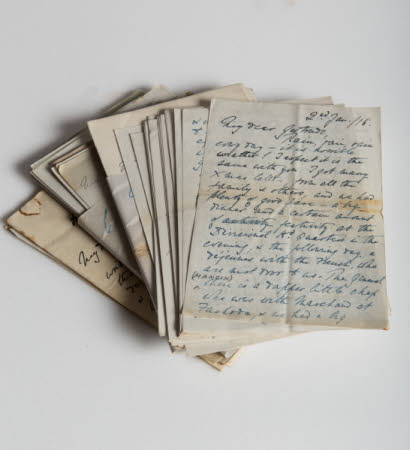 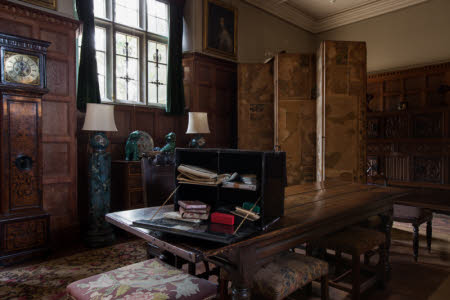 In 2011 a team of volunteers encountered a black metal trunk in an attic of Scotney Castle in Kent. With no key to be found, the trunk was carefully prised open, revealing a secret cache of diaries, letters and battlefield maps belonging to Brigadier General Arthur Hussey, who arrived on the Western Front in France in October 1914. Prior to this discovery, little was known about Arthur, except that he was a career soldier and son of Edward Hussey III who built the house at Scotney in the 1830s. This repository of Arthur's personal documents transformed that, bringing to life his wartime experiences and thoughts. In his diaries, Arthur vividly describes the horrors of gas attacks, the introduction of tanks and wire cutting experiments. He writes about the gymkhanas held behind the lines to keep up morale and shares his thoughts on friends, including the wartime poet Siegfried Sassoon. His entries are factual and sometimes repetitive, offering a glimpse into the monotony of war. In one entry, Arthur records the Christmas truce of 1914: 'All day there was a sort of unofficial armistice, and we heard afterwards there had been a lot of talking, exchanging of cigarettes etc in the opposite trenches.' Hidden for nearly a century, the contents of Arthur's trunk now make up the best collection of First World War material held by the National Trust.