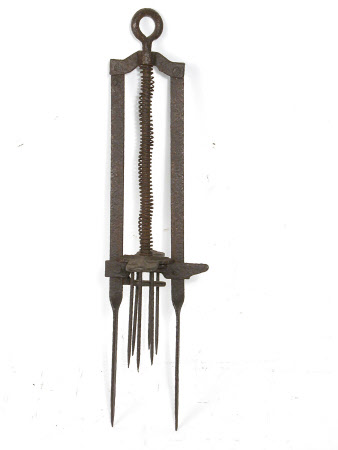 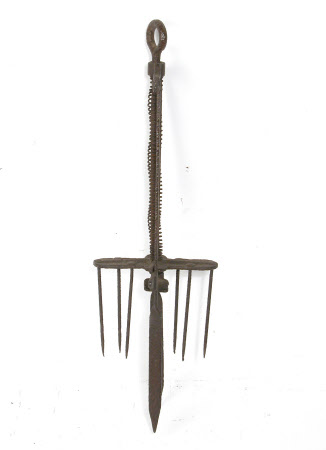 The Anglo Impassable Mole Trap. During the Victorian era, wire works mass produced traps for animal control and mole traps featured high on the list. The favoured trap was the scissor trap, most manufacturers having their own small variations in the design. Concern for the welfare of the target species was un-important; providing the mole was caught, little else mattered. During this period one trap appeared on the market that was different - the Impassable or the Slayer. It was the invention of two Cornish men in 1888. William Reed from Dunheved iron works Launceston and a farmer, James Lawry. The trap was sold by the Finch’s from the foundry and on their market stalls.

The Anglo Impassable Mole trap -patented by W H Reed of Launceston in 1888, GB patent No. 7784. A spring loaded trap, held in position by two outer prongs set across the mole run. The trap is set off by the movement of a pressure plate by the mole, resulting in the dropping of metal prongs on to the mole. Called The Anglo Impassable Mole Trap. Not made by Finch, but certainly distributed through the business. Advert for this item features in the Finch Bros. tool catalogue.

Not made by Finch, but distributed by the business, see Finch Bros. tool catalogue.