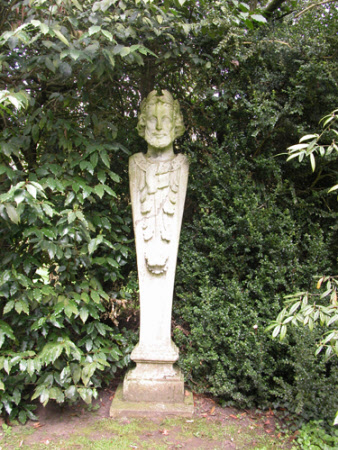 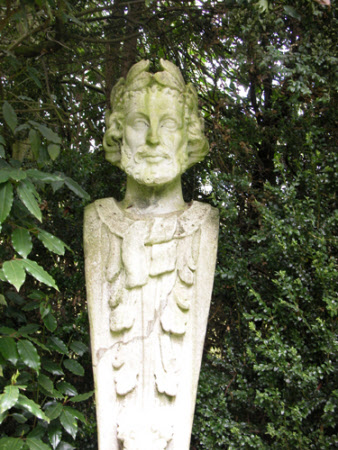 Portland stone, male term, English School. A terminal figure with male head crowned with laurel wreath, the tapering pillar richly moulded with acanthus. In a pair with NT 516630. Purchased by Lord Fairhaven in 1963 as a 'Pair of large 18th-century Portland stone Terminal figures'. The pair derived from early 18th-century termini at Chiswick House, London, although these appear to be later, possibly even 20th century.

Purchased by Huttleston Rogers Broughton, 1st Lord Fairhaven (1896-1966) from Bert Crowther, Syon Lodge, 1 November 1963, £300 the pair; bequeathed to the National Trust by Lord Fairhaven in 1966 with the house and the rest of the contents.