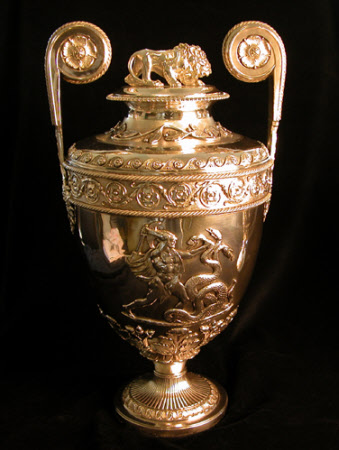 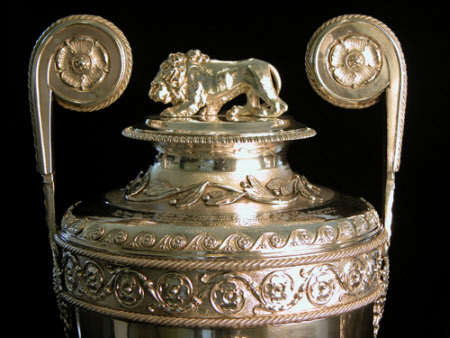 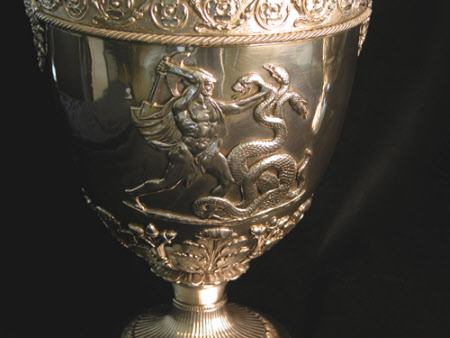 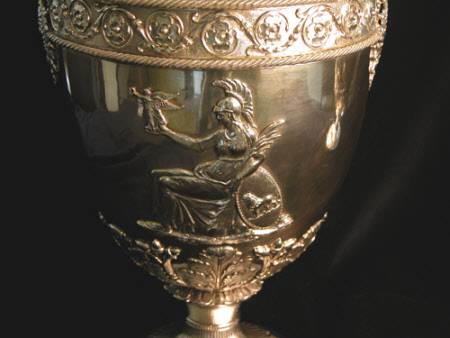 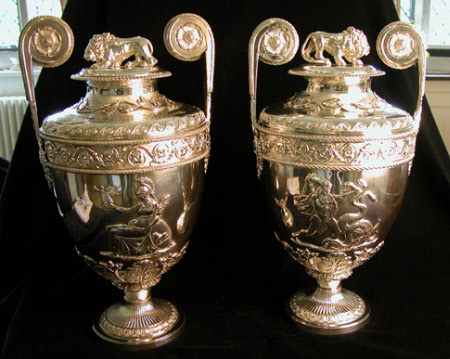 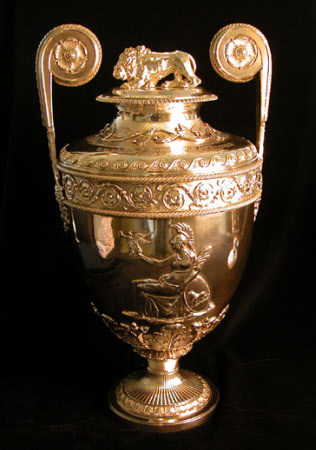 Silver Patriotic Fund Vase, one of a pair. Fluted circular feet, body decorated with figures of Britannia and Hercules, and the Hydra with leaves and acorns below, blossom border in corded bands. Scroll handles, detachable collar with laurel band, cover with lion finial. After design by John Flaxman by Digby Scott and Benjamin Smith 1806. Stamped on base, collar and cover. Inscription on collar 'From the Patriotic Fund at Lloyd's to the Honorable (sic) Alexander Cochrane, Rear Admiral of the White, for his Noble Support in the Compleat (sic) Victory Effected by His Majesty's Fleet, in as short a period as the Naval Annals of Great Britain ever recorded, over a Squadron of French Ships of the Line, on the 6th February 1806'. Also contains a note typewritten on Garrard's notepaper re. William Prouse, Capt of HMS Sirius and victory over French at the mouth of the Tiber, 17th April 1806.