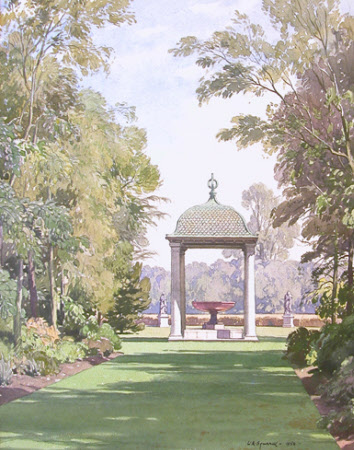 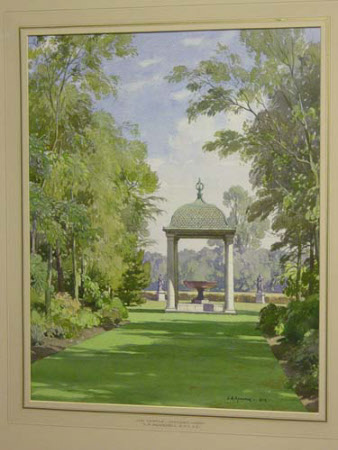 Watercolour on paper, The Temple, Anglesey Abbey, Cambridgeshire: 1952 by Leonard Russell Squirrell (Ipswich 1893 – 1979). 1952, signed and dated l.r. The Temple with Doric columns and copper roof in the Chinese taste built to house a porphyry urn, once at Doughty House, Richmond, and probably the largest piece of ornamental porphyry in England. Mounted on card.