The Rock Temples of Ramesses II at Abu Simbel, Nubia 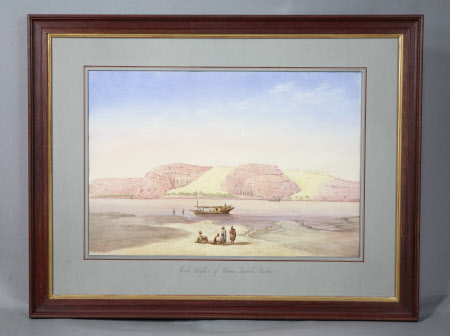 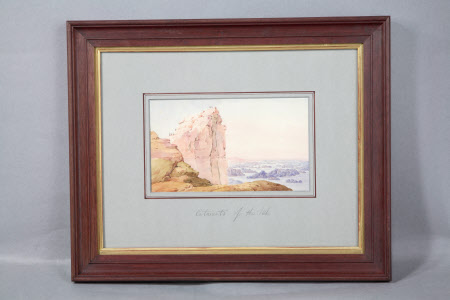 One of a set of landscapes; watercolour on paper. An outdoor scene with four male figures on a shore wearing draped clothing and head dresses, behind them a river with a boat and two figures in the background. A rock face with four figures carved into it and to the right, more figures in a formation. Mounted within frame.