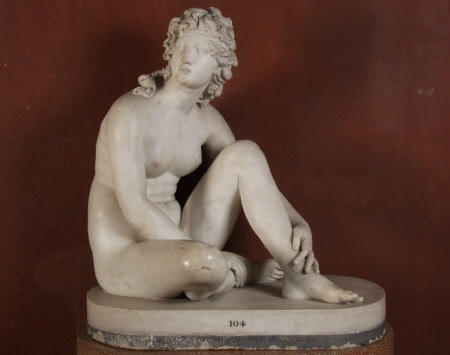 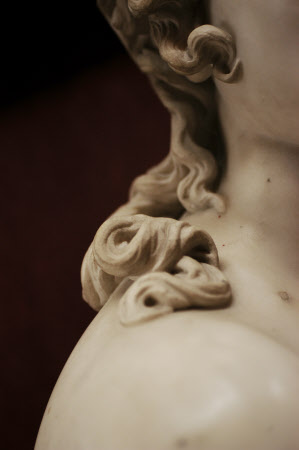 Marble, Seated Venus (after Nollekens) by Richard Williams (b,1799), circa 1823. A marble sculpture of a seated Venus, naked, looking sideways and upwards, long curly hair and one leg crossed.

?Collected by 3rd Earl of Egremont, thence by descent, until the death in 1952 of the 3rd Lord Leconfield, who had given Petworth to the National Trust in 1947, and whose nephew and heir, John Wyndham, 6th Lord Leconfield and 1st Lord Egremont (1920-72) arranged for the acceptance of the major portion of the collections at Petworth in lieu of death duties (the first ever such arrangement) in 1956 by H.M.Treasury.