Adonis and the Boar 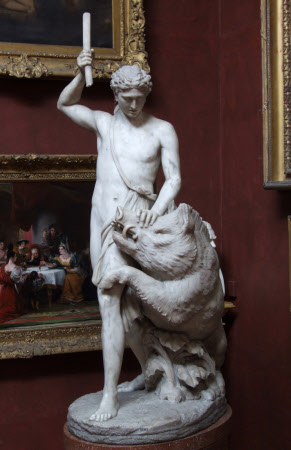 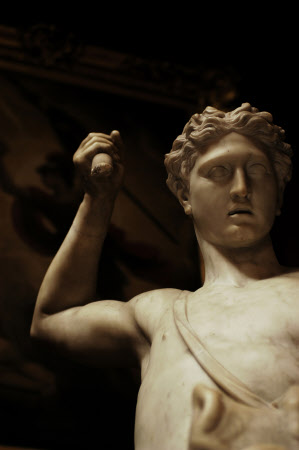 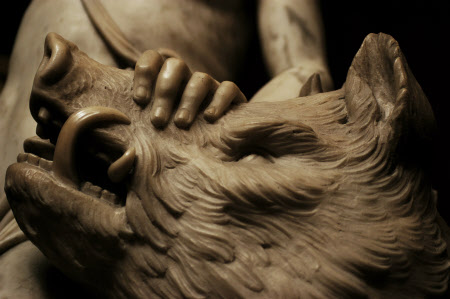 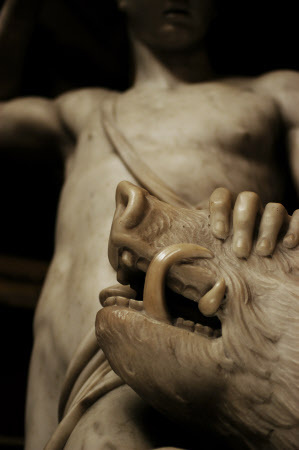 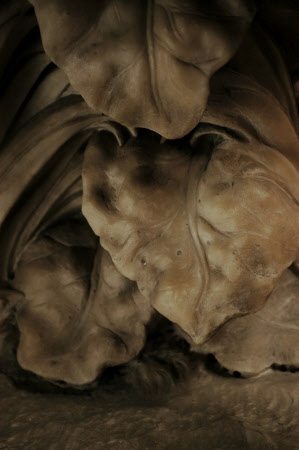 Marble, Adonis and the Boar by John Edward Carew (Tramore, County Waterford c.1782 – London 1868), 1823/26 The first commission given by the third Earl of Egremont to the artist at a value of £1,500 as a companion to the Arethusa which the third Earl had acquired in 1823 directly from Carew's London studio, Adonis, famous for his beauty, is depicted in the throes of his struggle with a boar. His unrequited lover, Venus, had previously tried unsuccessfully to prevent him from departing for the fatal hunt.

Commissioned by 3rd Earl of Egremont after 1823, at a value of £1,500 as a companion to the Arethusa (NT 486407) and thence by descent, until the death in 1952 of the 3rd Lord Leconfield, who had given Petworth to the National Trust in 1947, and whose nephew and heir, John Wyndham, 6th Lord Leconfield and 1st Lord Egremont (1920-72) arranged for the acceptance of the major portion of the collections at Petworth in lieu of death duties (the first ever such arrangement) in 1956 by H.M.Treasury.