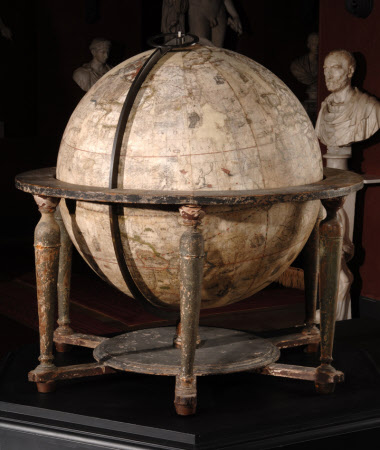 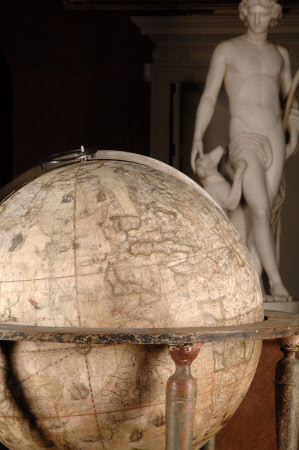 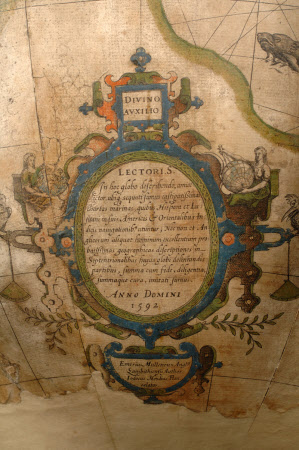 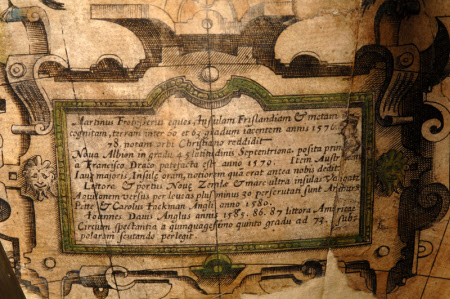 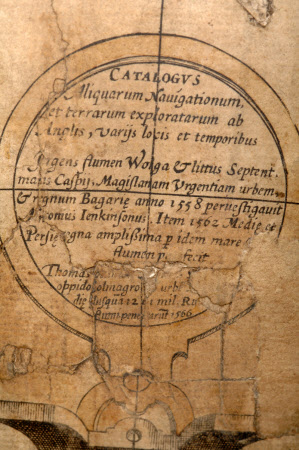 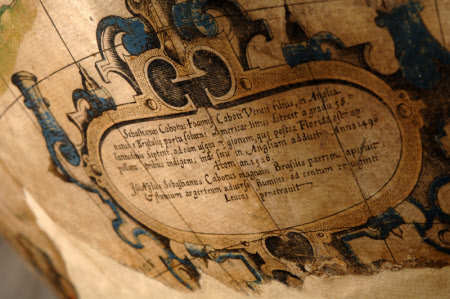 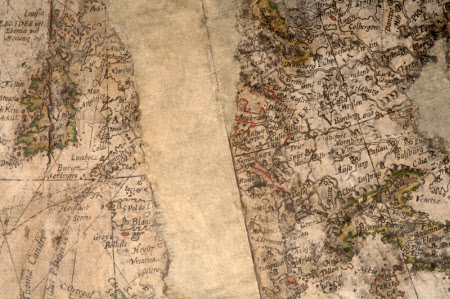 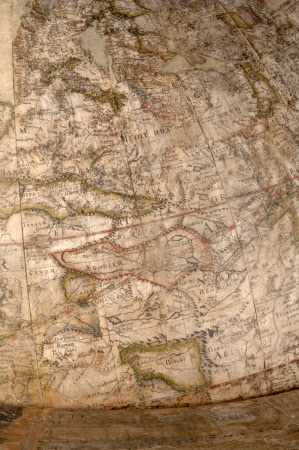 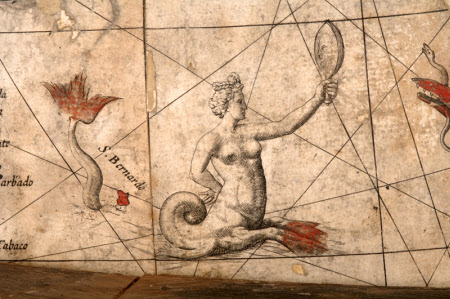 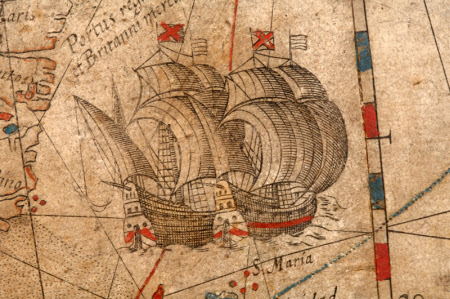 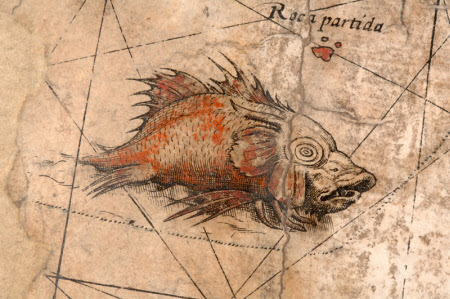 In the 16th century, accurate maps and globes were critical to planning trade, maritime navigation, foreign policy and warfare. Indeed, the quality of the information they supplied could determine success or failure, life or death. It is hard to overestimate the importance of this globe at Petworth, West Sussex, as it is the first English globe and the only surviving example of the first edition. It was created by the mathematician Emery Molyneux (d.1598) with engravings by the Dutch émigré Jodocus Hondius (1563–1612) using what were described as ‘the newest, secretest, and latest discoveries’. Molyneux presented one of these globes to Queen Elizabeth I, and its production celebrated the role of England as a maritime power. Decorated with terrifying sea monsters and an African elephant, it also charts the circumnavigation of the world by Sir Francis Drake (c.1540–96) and a similar attempt by Thomas Cavendish (1560–92), championing the achievements of these famous English explorers. The globe was probably acquired by Henry Percy, 9th Earl of Northumberland (1564–1632), and has been recorded at Petworth since at least 1632.

A terrestrial globe, by Emery Molyneux (d. 1598) and Jodocus Hondius (1563–1612), 1592, weighted with sand and made of paper gores with a surface coat of plaster and with brass meridian ring, raised on a stand of six rising baluster-turned legs supporting the horizon ring and united by three turned stretchers supporting the brass meridian ring. Coated in gesso and painted.

In his compendium of English exploration, The Principal Navigations (1589), Richard Hakluyt (1553-1616) greatly anticipates ‘the comming out of a very large and most exact terrestriall Globe, collected and reformed according to the newest, secretest, and latest discoveries.’ This, the first English globe, was made in 1592 by Emery Molyneux (d. 1598), with engravings by Jodocus Hondius (1563-1612). The only surviving first edition is now at Petworth House. Molyneux, a mathematician based in Lambeth, said to be of humble origins, was supported financially in his globe making by the London merchant William Sanderson, who contributed ‘above 1000 l. to perfect them.’ The Petworth globe, which would have cost £20, was made of layers of paper coated in plaster, supported internally by wooden pillars and weighted with sand. A red line, labelled with the letters ‘S. F. D.’ and a little Golden Hind, picks out the circumnavigation of Sir Francis Drake (c. 1540-96), with whom Molyneux once sailed. A blue line shows Thomas Cavendish’s route of 1586-88. He charts a course past fabulous sea monsters. On land, meanwhile, an archer takes aim from the back of an African elephant. The globe is large and detailed enough for practical use, but the sumptuous decoration represents England’s pride as a growing maritime power. Letters to the Grand Duke of Tuscany from the calligrapher Petruccio Ubaldini, who visited Molyneux’s workshop, describe another first edition presented to Queen Elizabeth I. ‘Truly it is an object worthy of a prince,’ he wrote. Molyneux ‘gave her the globe to let her see at a glance how much of the seas she could control by means of her naval forces.’ The Petworth globe was probably acquired by Henry Percy, 9th Earl of Northumberland (1564-1632), called the ‘wizard earl’ for his patronage of the sciences. According to family tradition, it was a gift from his fellow inmate at the Tower of London, Sir Walter Raleigh (1552-1618). Whether or not this is true, records of ‘Mendinge the globes and spheres at the Tower’ appear in Northumberland’s accounts in 1596. The desire to mend and conserve the globe persists today, and it can still be seen at Petworth House, where it was first recorded in 1632.

Probably acquired by Henry Percy, 9th Earl of Northumberland (likely to be the 'one very large globe white not perfited' in the 1632 inventory of all the goods at Petworth House); then by descent, until the death in 1952 of Charles Wyndham, 3rd Lord Leconfield, who had given Petworth to the National Trust in 1947, and whose nephew and heir, John Wyndham, 6th Lord Leconfield and 1st Lord Egremont (1920-72) arranged in 1956 for a major part of the collection's acceptance in lieu of death duties (the first ever such arrangement) in 1956 by H.M.Treasury.