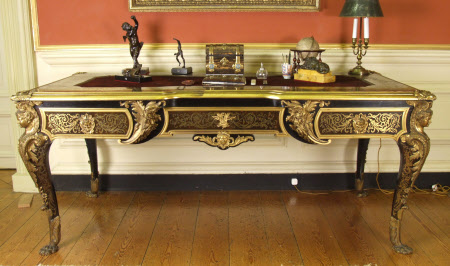 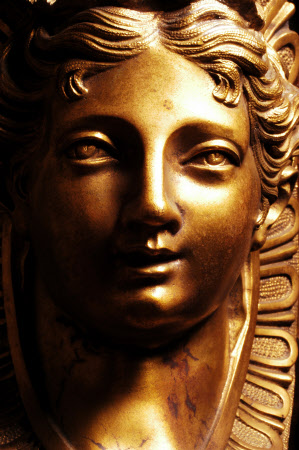 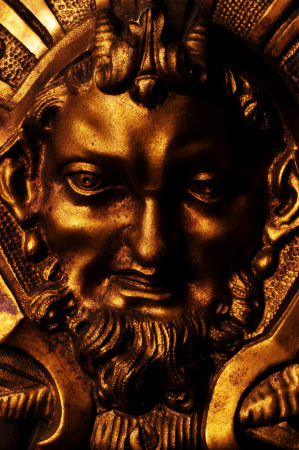 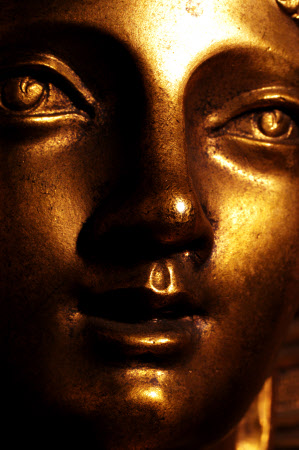 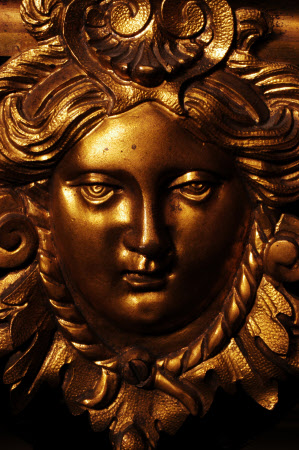 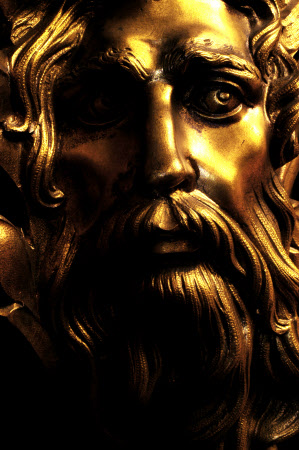 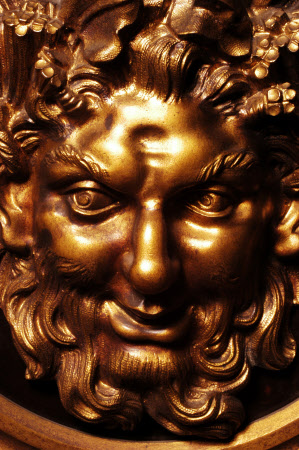 A bureau plat or writing-table, French, circa 1850-1875, veneered in ebony and inlaid with so-called Boulle marquetry "en première partie" of brass on a tortoiseshell ground, mounted with gilt bronze, the shaped top above a frieze opening with a central drawer flanked to each side by a mask of a bearded male and a further drawer, the cabriole legs headed by female busts corner mounts and terminated by foliate cast paw feet. This table was acquired by 2nd Lord Leconfield (1830-1931) from the London dealer Colnaghi who bought it at the legendary Hamilton Sale in 1882 for "£315"'. It is not listed in the inventory of Hamilton Palace in 1835-1840 but appears in the 1876 inventory. It might have entered the Hamilton collection after the death of the 10th Duke of Hamilton in 1852. In 1882, it is described in the Christie's sale catalogue under lot 526 as "An oblong writing, by Buhl, mounted with terminal figures, masks and ornaments of ormolu..". Therefore it was bought at the auction as an original by André-Charles Boulle (1642-1732) and considered as such thereafter. It is not a direct copy of a well-known piece by him but a mixing of characteristics that can be found in various works.

Collection of Hamilton Palace by 1876. By descent to the 12th Duke of Hamilton, sold by Christie’s in London at the Hamilton Palace sale (lot 526). Purchased at the sale by the dealer Colnaghi from which acquired by the 2nd Lord Leconfield (1830-1901) for Petworth. From Thence by descent, until the death in 1952 of the 3rd Lord Leconfield, who had given Petworth to the National Trust in 1947, and whose nephew and heir, John Wyndham, 6th Lord Leconfield and 1st Lord Egremont (1920-72) arranged for the acceptance of the major portion of the collections at Petworth in lieu of death duties (the first ever such arrangement) in 1956 by H.M.Treasury.