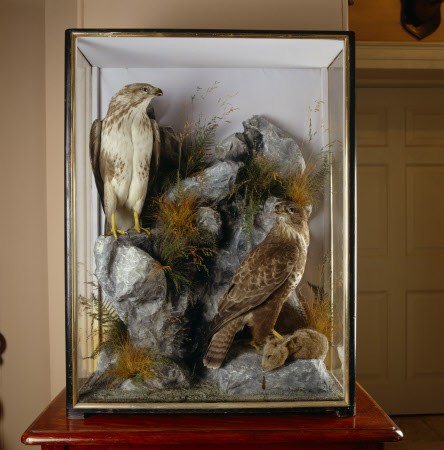 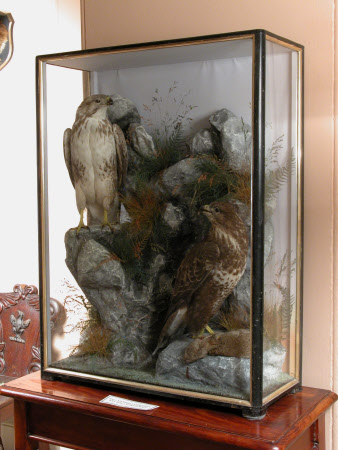 The Victorians were very enthusiastic about taxidermy, and Captain Thomas Lewes and his wife were no exception. These buzzards were stuffed and displayed by William Hutchings of Aberystwyth, and he is responsible for the majority of the taxidermy in the Llanerchaeron villa. Hutchings started in this trade in the 1860s, and the firm that he ran with his family became one of the most prolific taxidermists in Britain, specialising mainly in birds but also doing a roaring trade in foxes and badgers.

A display case containing two stuffed buzzards, and their prey, a stuffed rabbit, arranged into natural poses with a landscaped mount and painted backdrop. Maker is Hutchings of Aberystwyth and the display dates from the early 20th century.