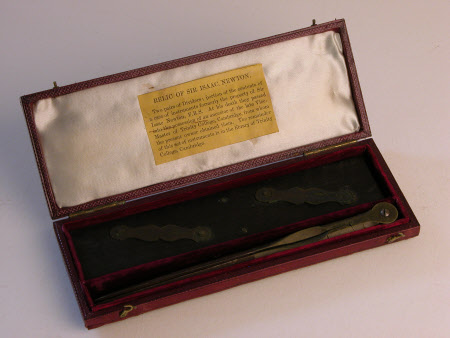 A pair of metal dividers for measuring placed in a maroon leather case containing an explanation to the provenance of the objects.

RELIC OF SIR ISAAC NEWTON/ Two pairs of Dividers, portion of the contents of a case of instruments formerly the property of Sir Isaac Newton F.R.S. At his death they passed into the possession of an ancestor of the late Vice/ Master of Trinity College, Cambridge, from whom the present owner obtained them.