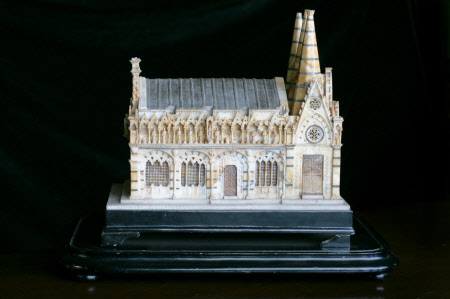 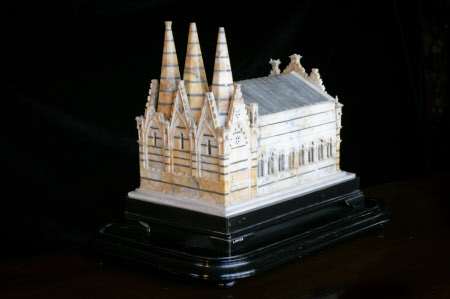 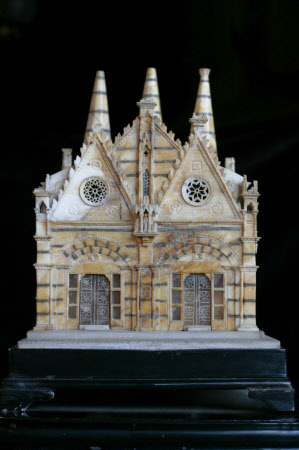 Alabaster sculpture of the Church of Santa Maria della Spina, Pisa by Giuseppe Andreoni, mid-19th-century; the scale model in alabaster with detail in coloured marble and other stones is mounted on a rectangular ebonised base. Signed on the alabaster ground at the east end of the church: G. Andreoni, Pisa. The church was built in 1230-1323 to house a thorn from Christ's Crown of Thorns, the gift of a Pisan merchant. It was dismantled and rebuilt on its present site in 1871