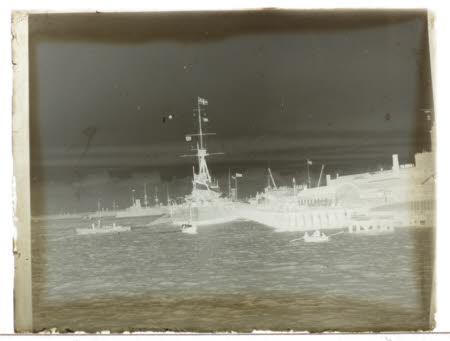 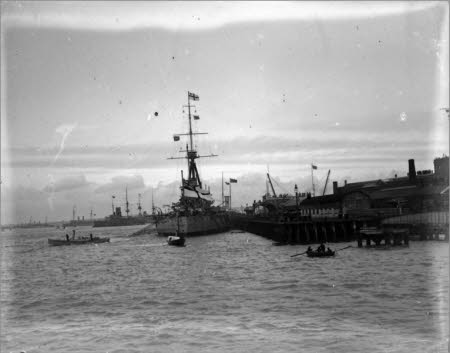 One of six glass plates mainly of ships, one of a couple drinking outside a house named '...Sandrock'. In red card box without lid. This plate shows a battle ship in harbour. A second image has been created using Photoshop for identification purposes.

Transferred to the National Trust by the Treasury in lieu of CTT in 1985 with an endowment provided by the NHMF.