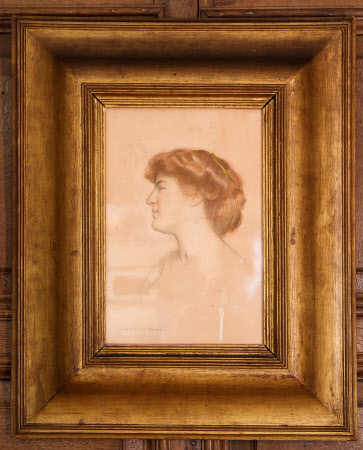 This Lyle family portrait by Harrington Mann is typical of the early 20th century period. Harrington Mann studied in Paris and Italy before becoming a society portrait painter. Mrs Lyle’s husband, William Park Lyle, was killed in 1916 at the battle of La Boiselle.