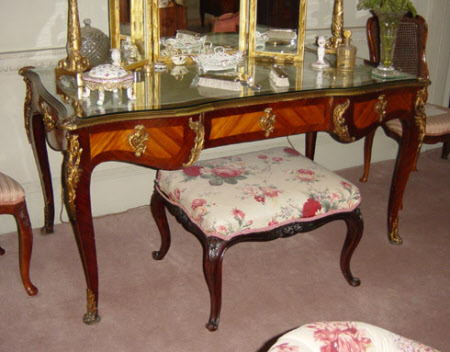 A tulipwood, rosewood and ormolu-mounted bureau plat, French or English, 19th century, in Louis XV style. With a later piece of protective glass on the damask-lined top. The edges serpentine, and with a moulded ormolu mount with foliate corners. The frieze fitted with three tulipwood and kingwood-crossbanded drawers, with foliate-cast escutcheons and mounts. Raised on four cabriole legs with foliate ormolu sabots.