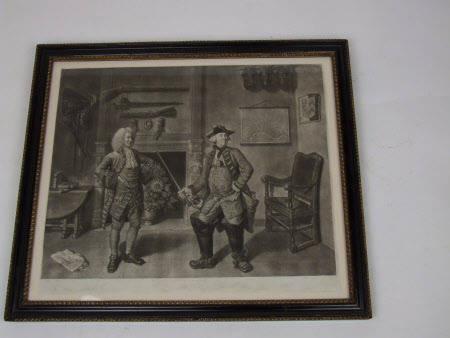 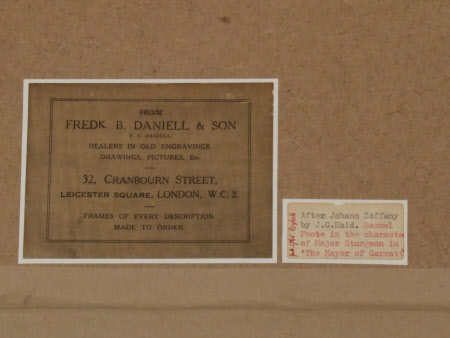 Print, engraving, Samuel Foote (1720-1777) as 'Major Sturgeon' and Lloyds as 'Sir Jacob Jollop' in Samuel Foote's farce 'The Mayor of Garratt' after Johann Zoffany, RA (Frankfurt am Main 1733 - Kew 1810). 1773. The scene shows an interior with two men, one in full bottomed wig and one in tricorne hat, brandishing a long cudgel. Guns and swords above the fireplace, three buckets hanging top right each with "S.J.J." on them. Also a map and coat of arms on wall. In black and gold Hogarth frame.

Pub. 1765 Boydell, after Zoffany. Samuel Foote in the character of Major Sturgeon in "The Mayor of Garrett".