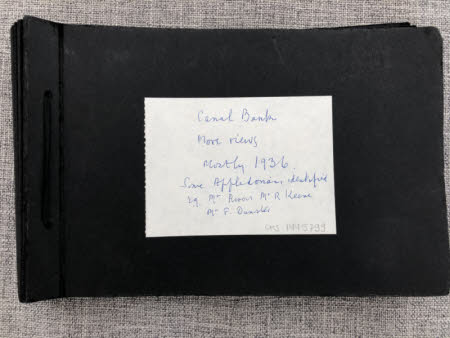 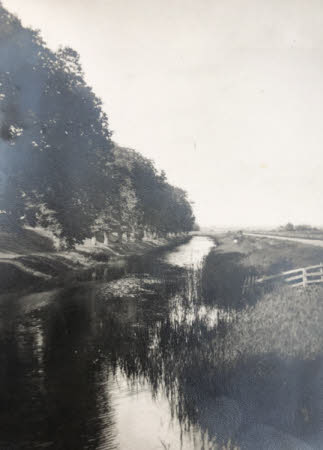 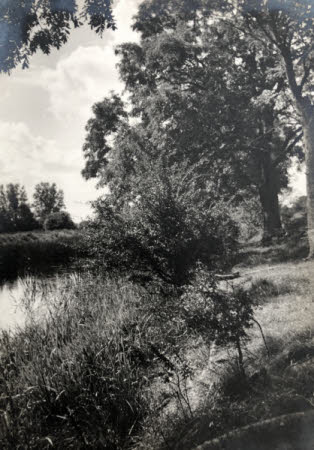 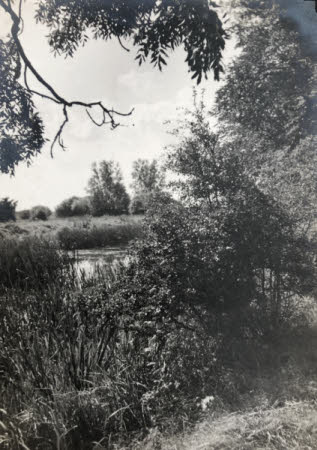 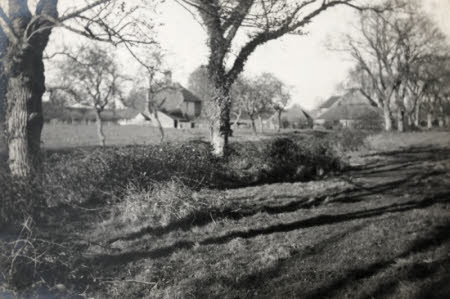 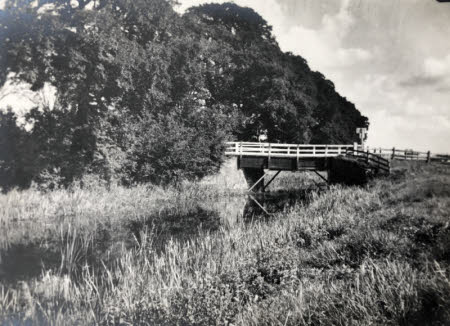 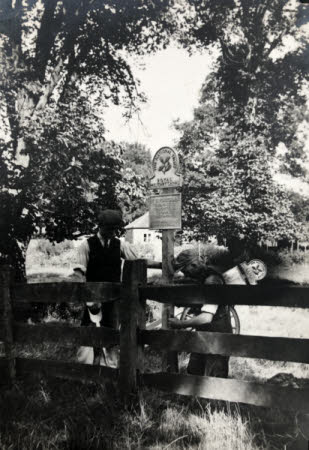 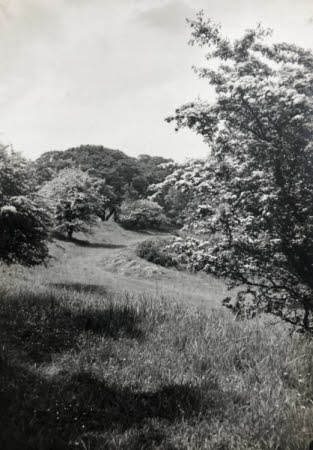 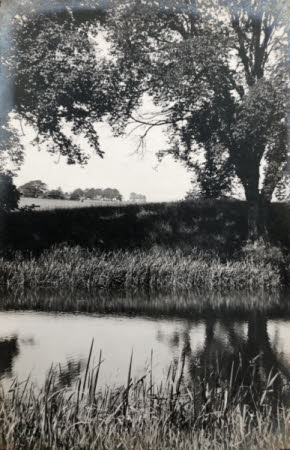 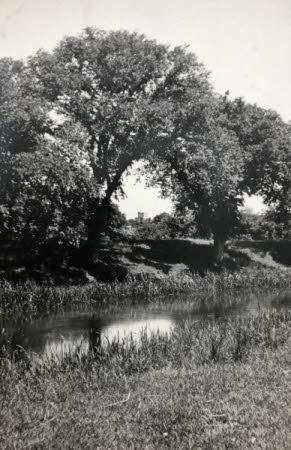 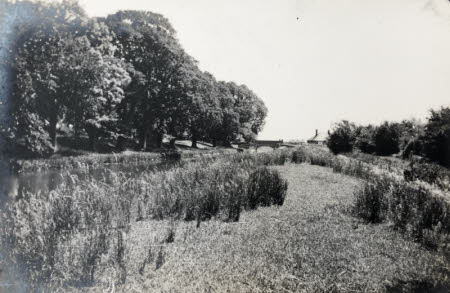 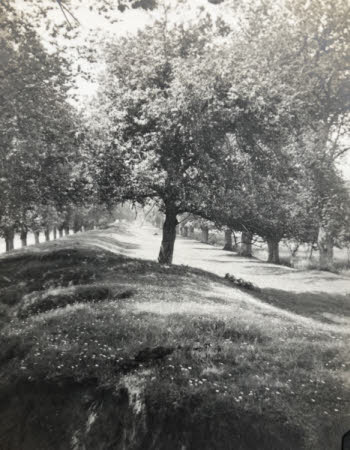 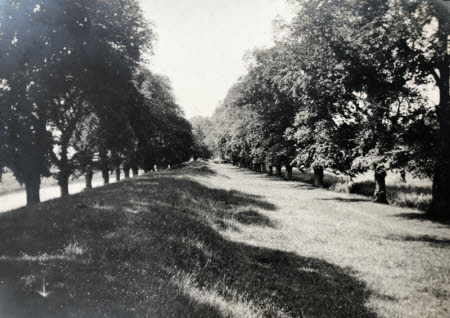 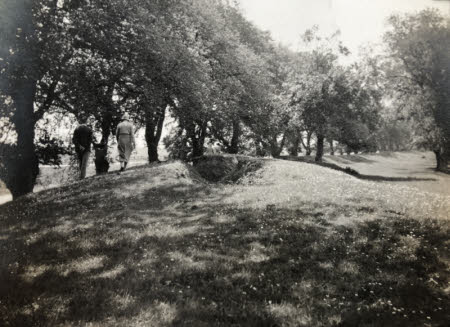 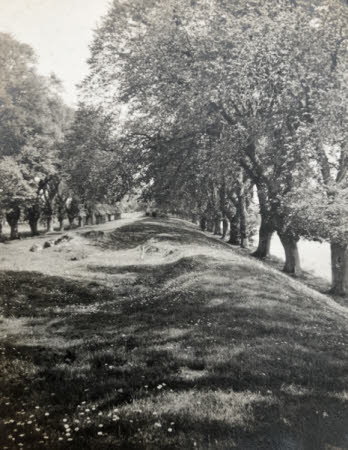 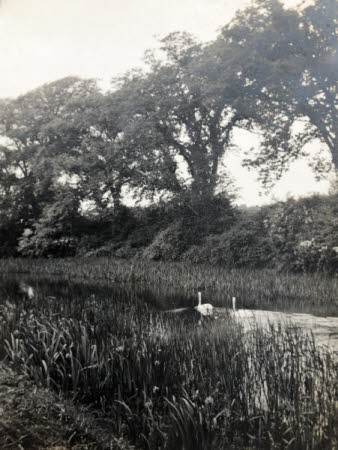 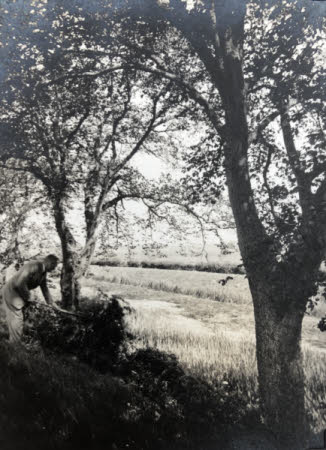 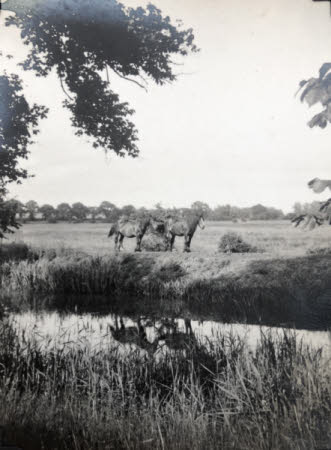 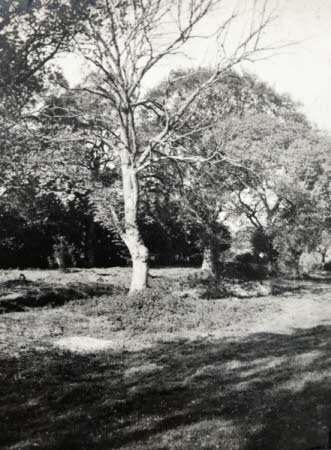 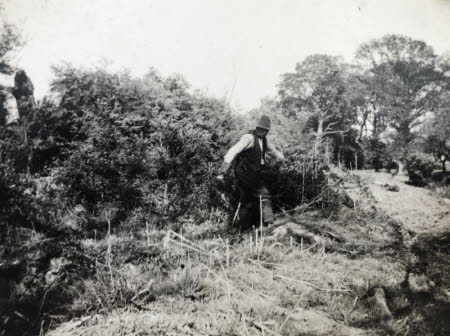 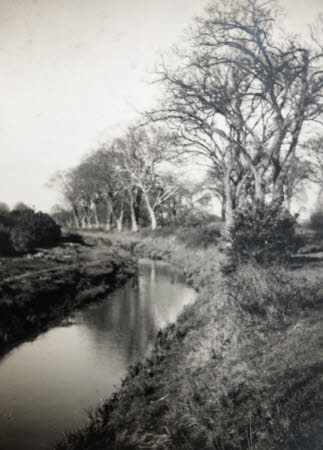 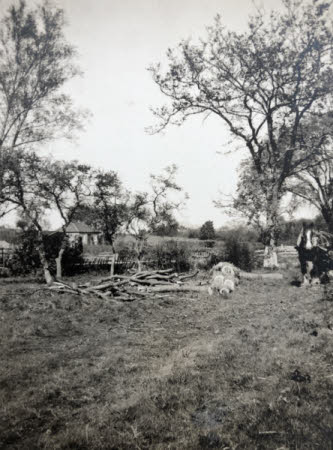 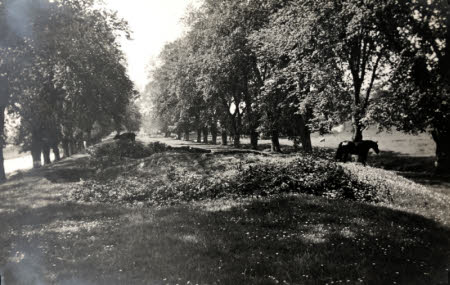 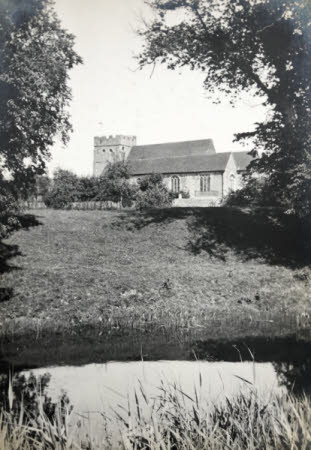 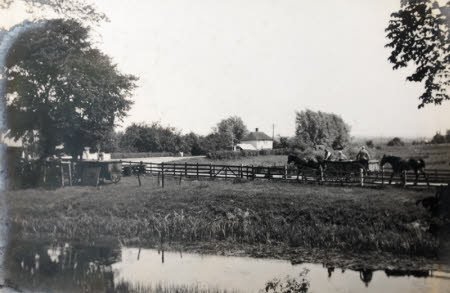 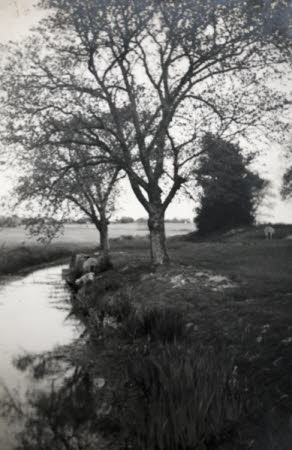 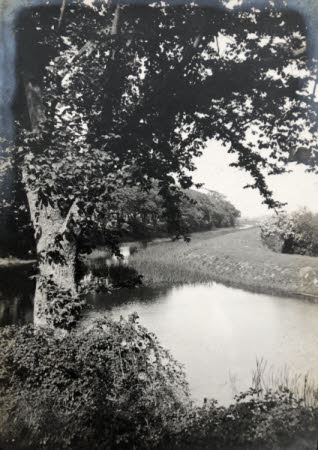 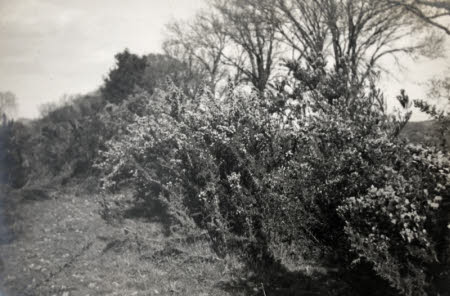 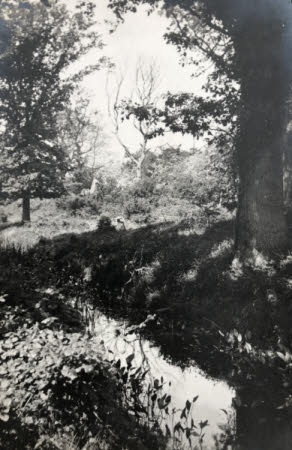 Album of 28 B&W photographs of the Royal Military Canal in Appledore, Kent. Black card album with hand-written descriptions in white ink, and typed descriptions towards the back. Paper label on the front cover reads: Canal Bank / more views / mostly 1936 / Some Appledorians identified. This stretch of the Royal Military Canal was purchased by Dorothy Johnston in the mid 1930s when it was sold by the War Office. She considered it to be at risk from development so donated to the National Trust to preserve it.