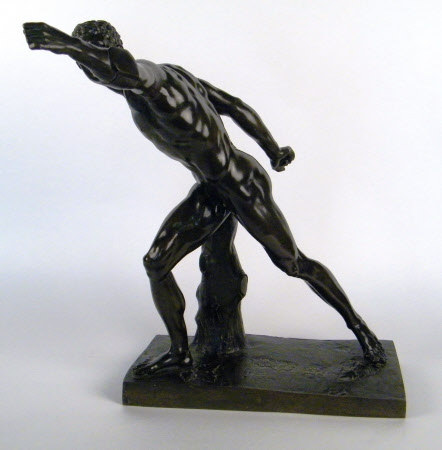 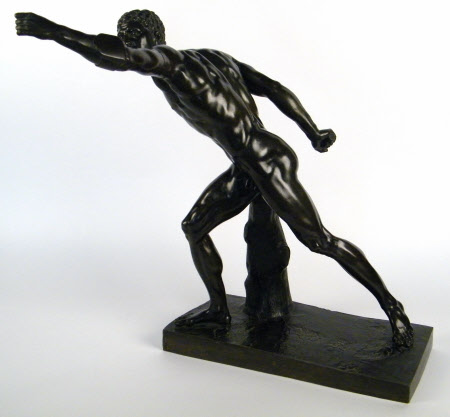 Bronze, Borghese Gladiator. A figure of a male athlete. After an antique statue, inscribed: ΑΓΑΣΙΑΣ ΔΩΣΙ ΘΕΟΥ ΕΦΕΣΙΟΣ ΕΠΟΙΕΙ [Agasias son of the Dositheus, Ephesus], which was first recorded in 1611, having been restored after been found at Nettuno near Anzio and then taken to Cardinal Borghese's estate but by 1650 was inside in a room, named after it, in the Villa Borghese but purchased by Napoleon in 1807 and is now in the Louvre, Paris.