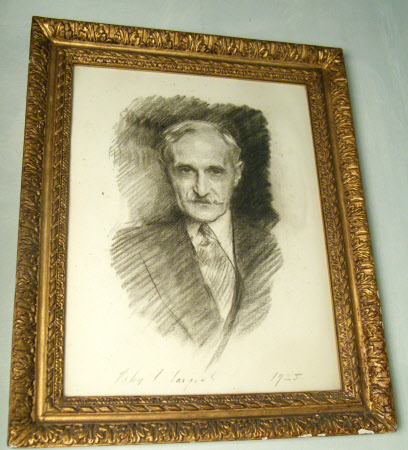 Drawing, charcoal, David Gubbay (d 1929) by John Singer Sargent, RA (Florence 1856 - London 1925). Portrait, head and shoulders,in charcoal, of Mr David Gubbay, signed and dated 1925. In his career, Gubbay was responsible for managing the business and personal finances of his cousin Sir Philip Sassoon. In 1911 he married his first cousin, Hannah Ezra. Hannah Gubbay (1885-1968) bequeathed the majority of her collection to the National Trust in 1968.