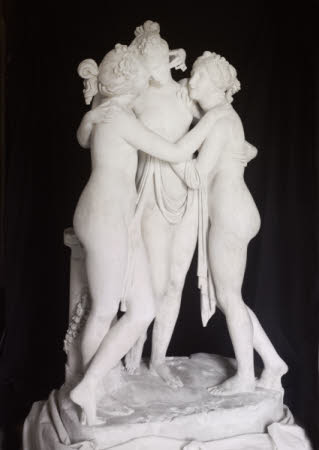 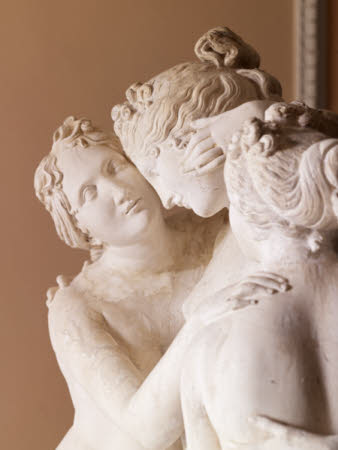 Despite its modest materials, the Clandon plaster group is no less spectacular than its more famous marble counterparts. It is perhaps more intriguing by virtue of a mysterious provenance. How the plaster group came to Clandon Park is undocumented, and even the circumstances of its origin remain unknown.

Plaster, The Three Graces, after Antonio Canova (Possagno 1757 - Venice 1822), after 1817. It is one of only two known, full-scale plaster versions of Canova’s famous composition. The first plaster version served as the three-dimensional preparatory model for Canova’s two marble representations of the theme, and today remains in situ in the artist’s former studio at the Museo Canoviano, Possagno. It represents the classical mythological theme of the Three Graces (Thalia, Aglaea and Euphrosyne who were known as the Charities in Greek mythology), companions of the Muses and daughters of Zeus and Eurynome. For many years the figures were located in the Grotto at Clandon Park, the statue was placed at the foot of the Oak Stairs within Clandon Park on 4 July 2011 after a 17 year restoration project carried out at City & Guilds of London Art School.