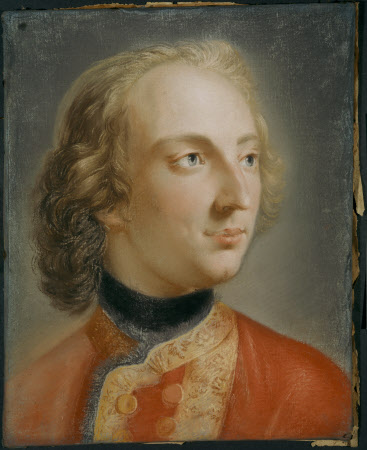 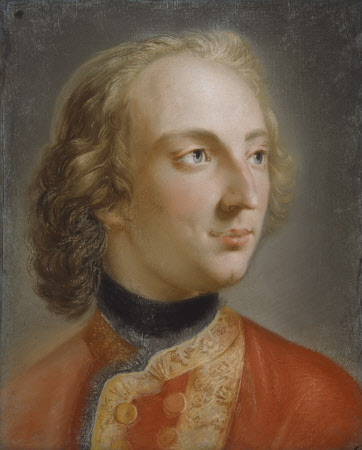 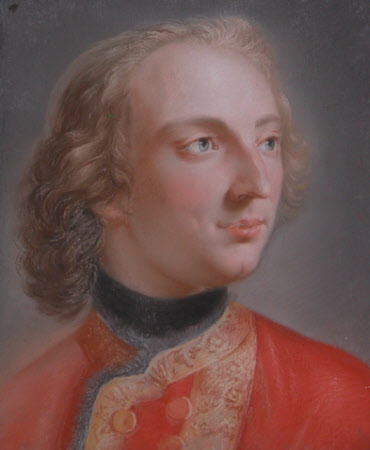 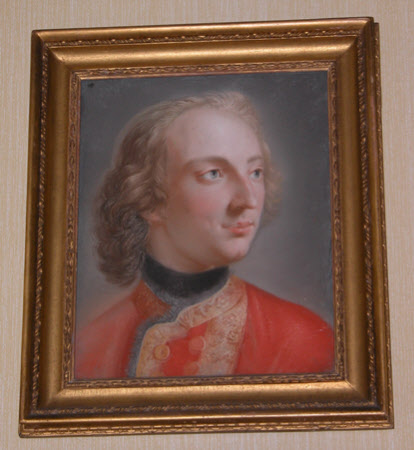 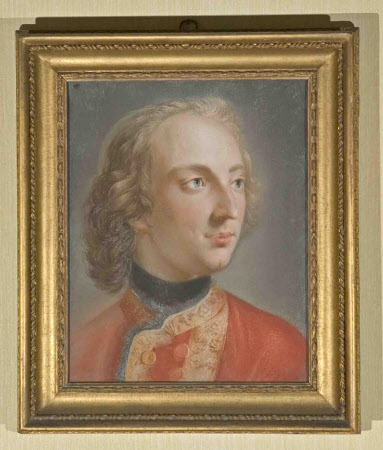 Pastel on paper, William Windham II (1717-1761) as a Young Man by Barthélémy Du Pan (Geneva 1712 – Geneva 1763). Head and shoulders portrait of a young man, facing, head turned to the right, gazing to the right, wearing a gilt-edged tunic, turned to his left. Gilt frame, glazed. Bought by James Paine for the Chinese Bedroom. Typed note on reverse of fream by RWKC - resembles portrait on front stairs. Son of Ashe Windham and Elizabeth Dobyns; married Sarah Hicks It is not certain whether this portrait was painted in Geneva, where Windham was from 1738 to 1742, with interruptions, or in England, to which du Pan came (perhaps encouraged by the young ,Bloods' of the ,Common Room') from 1743 to 1750; but the youth of the sitter, and his brilliant dress, suggest the former. A letter from Du Pan to Windham, written from Geneva on 29th August 1751, alludes to a crayon portrait which he had begun in London. Du Pan was brought to Windham's notice in a letter of recommendation from M. Soubeyran, Paris, dated 30th December 1743. This was the year in which the artist visited England. He returned to Geneva, via Ireland, in 1751.