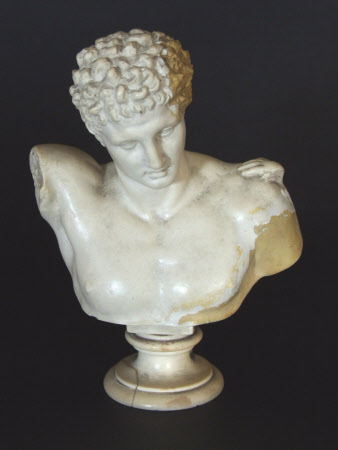 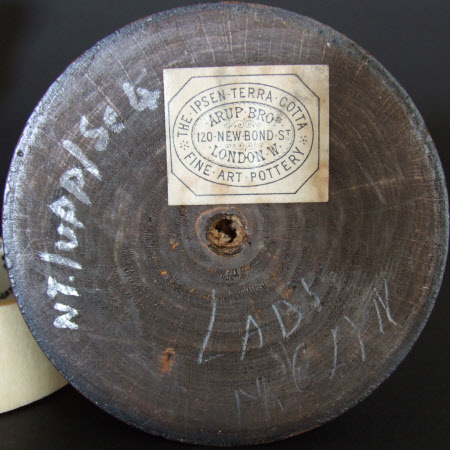 Plaster, Hermes, late 19th century. A plaster cast bust reduction of Hermes from the group 'Hermes with the Infant Dionysus', also known as the 'Hermes of Praxiteles', the ancient Greek original group discovered in 1877 at the ruins of the Temple of Hera, Olympia, Greece, and now displayed at the Archaeological Museum of Olympia.

LADY MCGLYN (?) (inscribed on base)