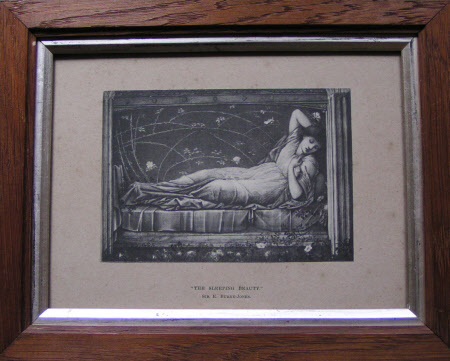 Helena Oliveira, Collections Assistant, 25/09/2021. Original painting part of historic Armstrong Collection sold during 1910 sale Lot 12, and now at Manchester Art Gallery. Print initially catalogued as part of the 1977 Treasury Transfer. Due to the quality and apparent age of the print, we now believe it was purchased by the National Trust to represent the original painting as part of the restoration of the house prior to its opening in 1979.