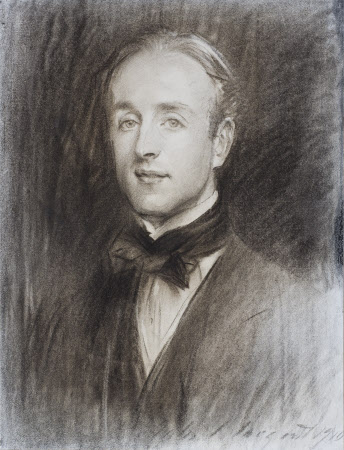 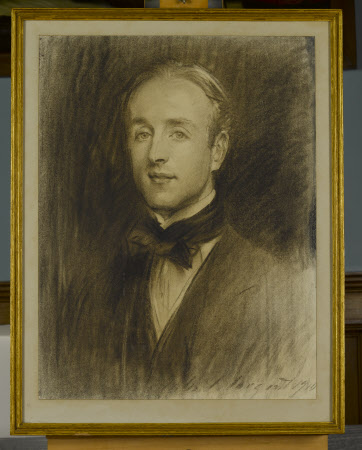 Black chalk/charcoal on paper, Sir Charles Stewart Henry Vane-Tempest-Stewart, Viscount Castlereagh and 7th Marquess of Londonderry, MP (1878-1949) by John Singer Sargent, RA (Florence 1856 - London 1925), signed and dated, bottom right: John S. Sargent, 1910. A head-and-shoulders portrait of a young man, turned slightly to the left, gazing at the spectator. Charles, Viscount Castlereagh (1878–1949) succeeded as 7th Marquess on the death of his father in 1915; in 1899 he had married Edith Chaplin, who gave him a son – the future 8th Marquess – and four daughters, to the youngest of whom, Lady Mairi Bury, he left Mount Stewart, with a life interest to his widow. The latter gave the gardens to the National Trust in 1957, whilst Lady Mairi Bury gave the Temple of the Winds in 1962, and the house, with many of its principal contents, in 1976.

Presumably commissioned by the sitter, and then by descent to his youngest daughter, Lady Mairi Bury (1921-2009);by whom given to the National Trust in 1976