Group of US Coastguard outside Greenway House, Devon 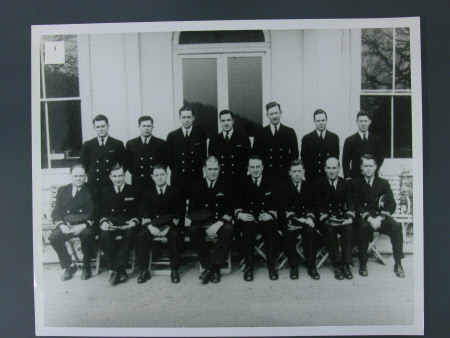 This photograph shows members of the US Coastguard outside of Greenway. Greenway was requisitioned by the War Department in 1942; from 1944 to 1945 it was given to the 10th Flotilla of the US Coastguard as part of the preparations for D-Day. Photography played an important role in documenting the First and Second World Wars. Developments in photographic technologies since the nineteenth century meant that photography was increasingly accessible and widely used. Photographs of servicemen and women, like this, were common and functioned as official as well as personal objects.

Photograph. Black and white photograph of US Coastguard outside Greenway House. See also NT 122293 and NT 122292.