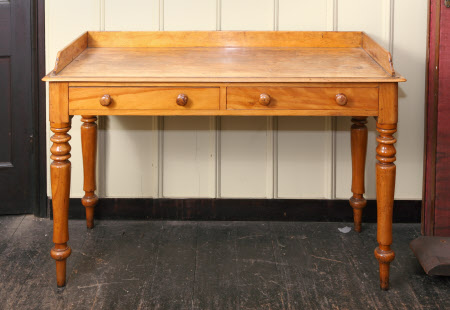 One of a pair of satin birch washstands or dressing tables, English, circa 1860.Each with a rectangular top with rounded corners and fitted with a three-quarter gallery with shaped sides, two shallow frieze drawers with two turned knob handles, supported on four slightly tapering ring turned legs.