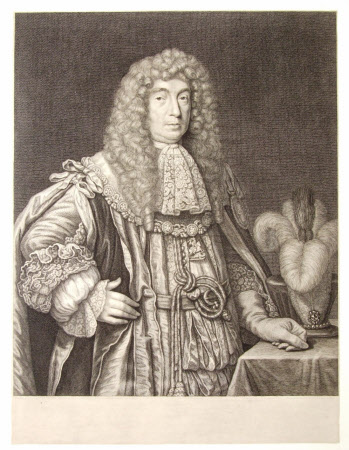 Line engraving,John Maitland, Duke of Lauderdale (1616-1682) by Gerard Vlack (1651/2-1726) Three quarter length portrait of the Duke of Lauderdale in Stuart costume in an interior. He faces the viewer and rests his left hand on the table beside him, upon which is placed his plumed hat. Around his shoulders he wears a chain of office from which hangs a badge depicting St. George and the dragon.