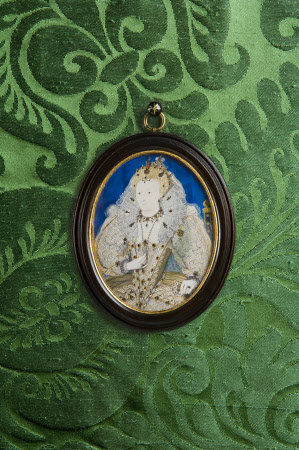 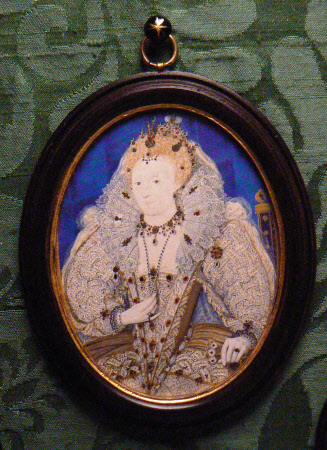 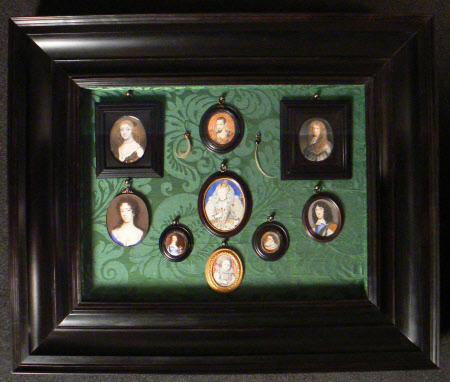 This is one of the finest and largest miniatures of Queen Elizabeth to employ the 'Mask of Youth'. Historian Sir Roy Strong coined this phrase to describe idealised depictions of the Queen as eternally youthful. In this miniature, Elizabeth is also suitably represented as the bejeweled and costumed majesty of state. This miniature was executed around 1590 by Nicholas Hilliard, the Queen's most sensitive and consistent portrayer. It was the inspiration for later paintings of her such as the 'Rainbow Portrait' at Hatfield House and the great whole-length portrait at Hardwick Hall (see NT 129128). The Green Closet at Ham House is the only example in Britain of a picture closet complete with its original collection of miniatures. The miniatures, which number 87, were valued personal keepsakes. This one in particular would have been highly prized by the family.